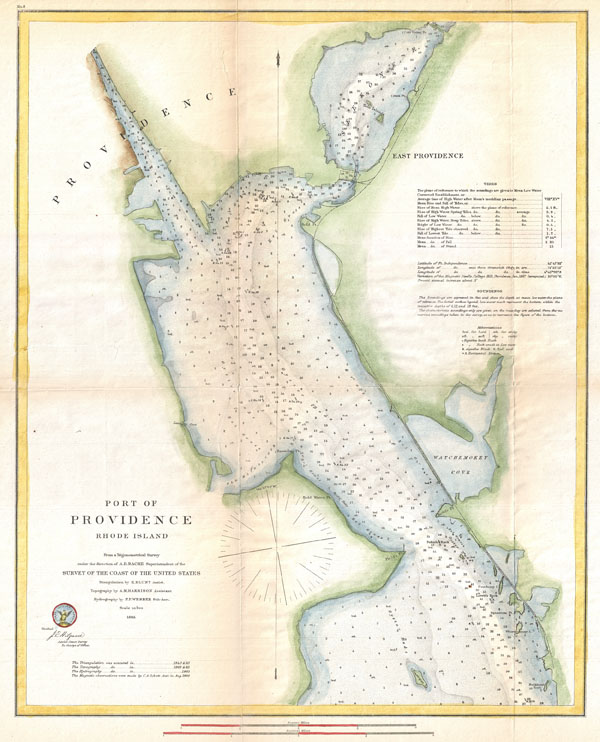 An attractive example of the 1865 U.S. Coast Survey map or nautical chart of the Port of Providence. Covers part of Narragansett Bay from Starvegoat Island north to Providence and the mouth of the Seekonk River. Today Starvegoat Island and the adjacent Oyster Beds have been filled in by a c. 1950s land reclamation project. Offers a wealth of practical information for the navigator ranging from depth soundings, to notes on tides, lighthouses, and shoals. The hand color work on this beautiful map is exceptionally well done. The triangulation for this chart was accomplished by E. Blunt. The Topography is the work of A. M. Harrison. The Hydrography was completed by a party under the command of F. P. Webber. Compiled under the direction of A. D. Bache, Superintendent of the Survey of the Coast of the United States and one of the most influential American cartographers of the 19th century.

Report of the Superintendant of the United States Coast Survey, Washington, (1865 edition).

Very good. Minor wear, toning, and verso reinforcement on some of the original fold lines. Closed and repaired tear extending from left center margin about 4 inches into the map. Blank on verso.
Looking for a high-resolution scan of this?