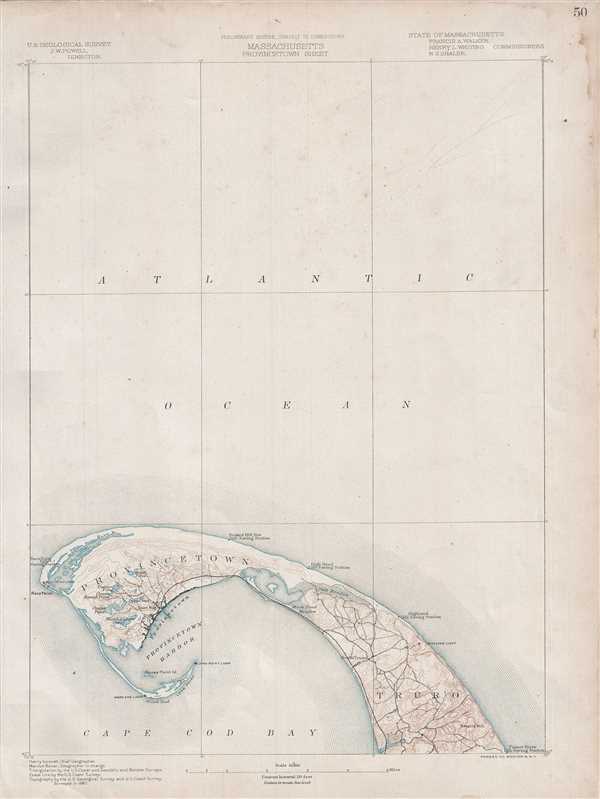 One of the most sought after topographical maps produced by the U.S. Geological Survey. The 1890 edition of the U.S.G.S. Survey Map of Provincetown covers the northern tip of Cape Cod and extends from Gull Pamet River and Smalls Hill north along the cape as far as Provincetown Harbor and Race Point. Offers typical superb detail throughout noting topographical features, rail lines, light houses, marsh lands, and numerous individual buildings. Shows Provincetown itself with detail to the level of individual buildings.