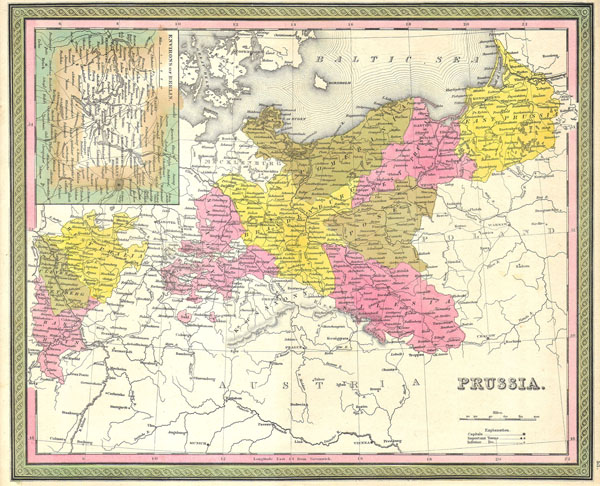 This hand colored map is a copper plate engraving, dating to 1850 by the legendary American mapmaker S.A. Mitchell, the elder. It represents Prussia. This map features a detailed inset map of Berlin. Most major national and local political distinctions are outlined and defined by vibrant color: reds, greens, yellows & browns. This map is dated and copyrighted, 1850.

A New Universal Atlas Containing Maps of the various Empires, Kingdoms, States and Republics Of The World. (1850 issue)