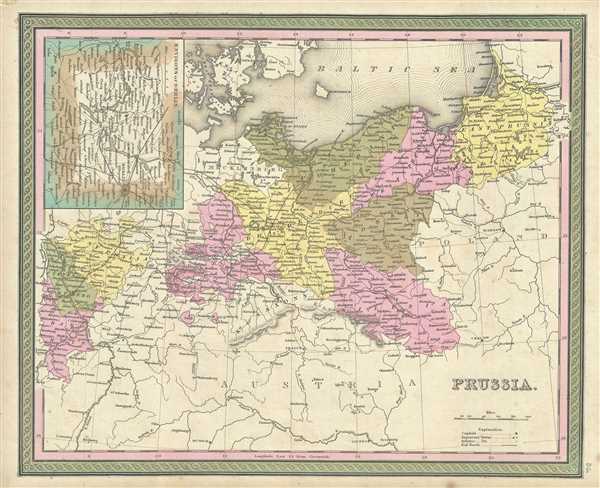 This is an attractive 1849 map of Prussia, Germany, by Samuel Augustus Mitchell, the Senior. Prussia stretches across the map from Bas Rhin moving eastward, including Brandenburg and Saxony, to East Prussia. In the upper right quadrant, there is an inset detailing the Environs of Berlin. Most major national and local political distinctions are outlined and defined by color coding. Political and topographical features are noted and color coded with elevation rendered by hachure.