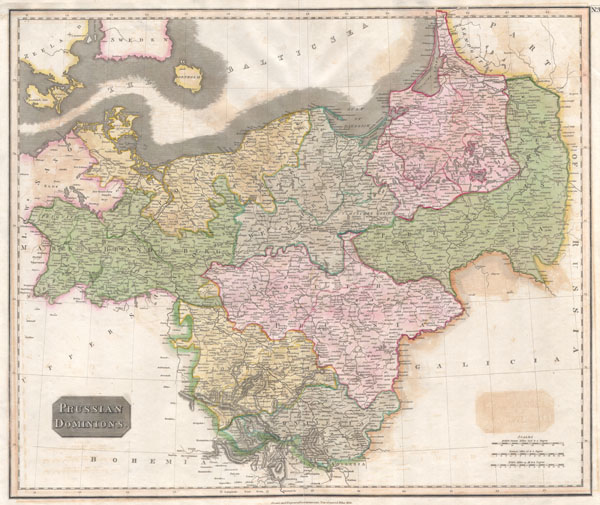 This hand colored map is a steel plate engraving, dating to 1815 by the important English mapmaker John Thomson. It is a representation of the Prussia, Germany, including the districts of Pomerania, Brandemburg, Prussia and Silesia.