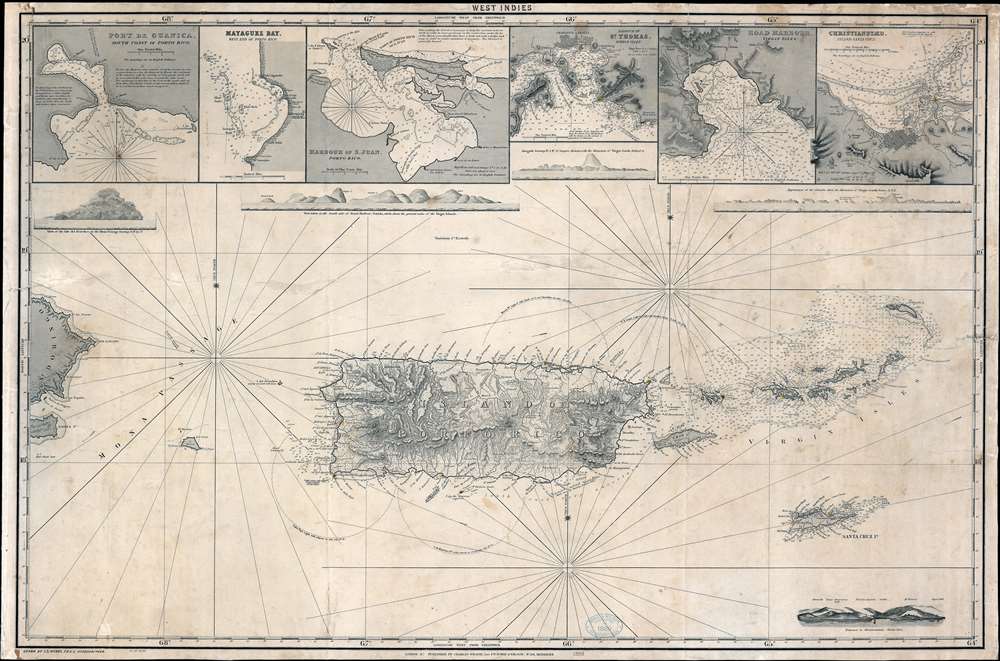 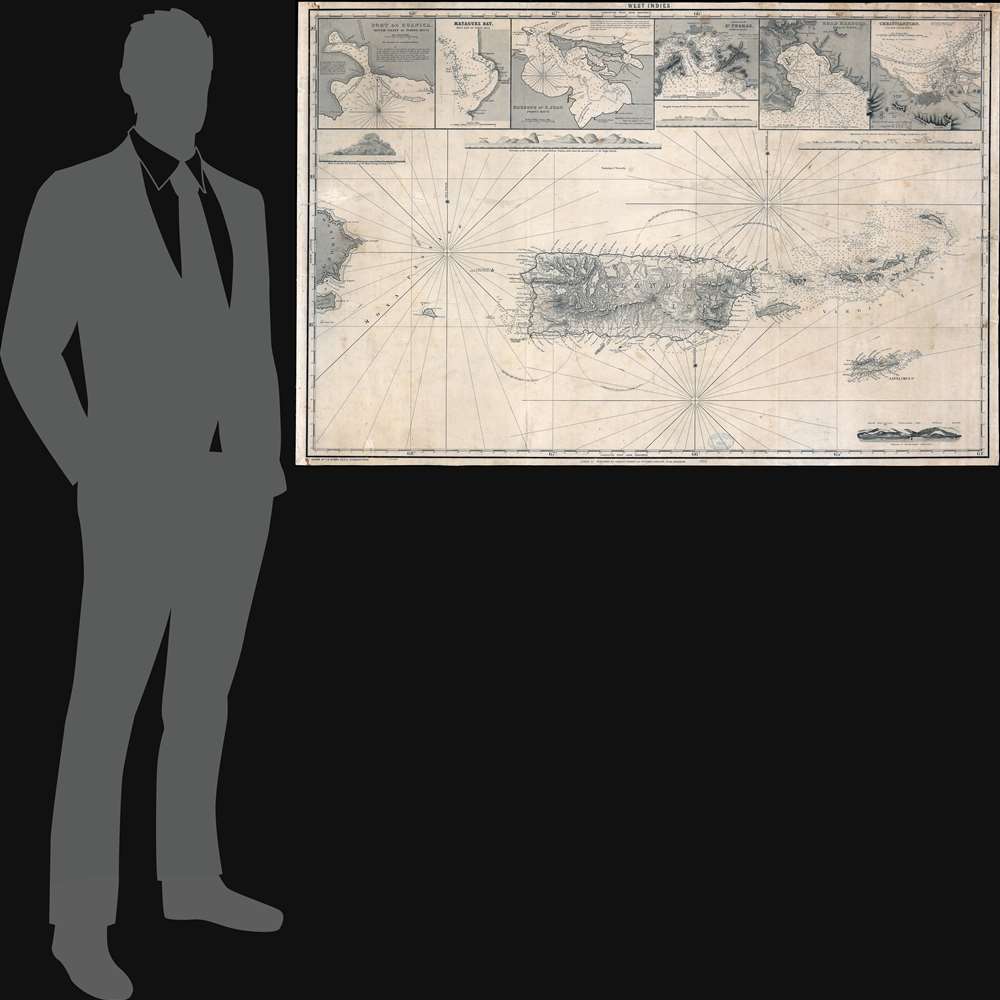 An expansive, exceptional, and extremely rare 1888 Charles Wilson nautical chart or maritime map of Porto Rico (Puerto Rico), St. Croix, and the Virgin Islands. The chart covers the archipelago and surrounding seas in impressive detail, offering both nautical and terrestrial detail, including topography, rivers, and political divisions. The chart focuses most intensely on the seas surrounding the Virgin Islands between Porto Rico and Anegada, infamous for their treacherous reefs and other submarine dangers. There are 10 inset harbor plans: San Juan, Mayagüez, Guánica, Mona Island, Sombrero Island, Road Harbour, Gorda Sound, the southeast end of Culebra, Ponce, Christiansted, and Saint Thomas.

This map was first issued in the 1870s. It bears a striking resemblance to a similar chart issued by Imray, but is distinct in offering different content. This map is extremely rare as we are aware of no other surviving examples.

Charles Wilson (1807 - May 16, 1882) was a British-Indian publisher of nautical charts and maps based in London, England. Born in Lucknow, India, Wilson was the son Lieutenant-Colonel William Wilson and his wife Hoosainee Begum, an Indian princess, who was the daughter of the Nizam of Ashrafabad. Wilson was educated in England and worked in the wine trade before joining the Norie firm in 1838. Norie had already partnered with another Wilson, George, who was a nephew to Charles. When Norie retired in 1840, Charles Wilson took over the firm publishing as 'Charles Wilson (Late J.W. Noire and Wilson)'. He married Jane Arabella Bingle on July 1, 1846. Wilson died in 1882 passing the firm on to his sons, George and William Wilson. The brothers merged the firm with that of J. Imray and Sons in 1899 and, as Imray, Laurie, Norie &Wilson Ltd., they continue to publish to the present day. Learn More...

Very good. Some creasing. Repaired tears, and minor stains - indicative of maritime use. Laid on linen.