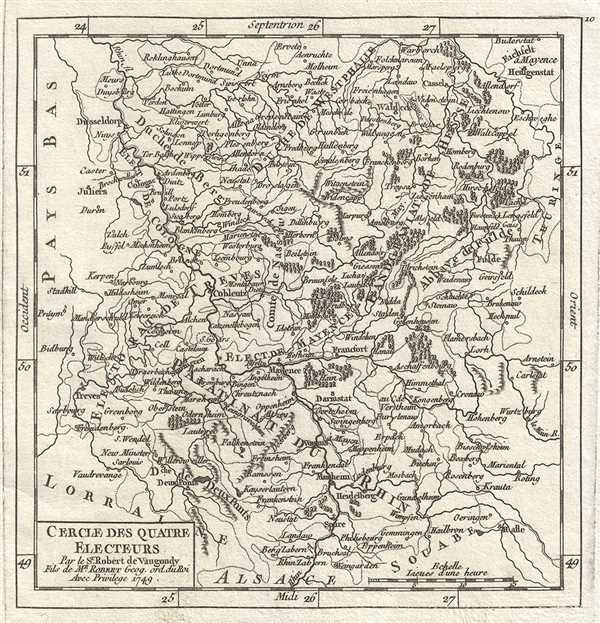 This is a nice 1749 map of the Upper Rhine and Lower Rhine regions in western Germany by Robert de Vaugondy. It covers from Speyer north to Waldeck and from Juliers east as far as Fulda. The cities of Frankfurt, Cologne, Mainz, and Dusseldorf are noted. The entire region is depicted in extraordinary detailed, offering both topographical and political information, with forests and mountains beautifully rendered in profile.

This area, known as Rhineland-Palatinate, is known for its fine Riesling wines and is the world leader in sparkling wines. The 'circles' of Germany are the 'imperial circles,' administrative units created for tax and defense purposes by the Holy Roman Empire, of which these areas were a part. The Napoleonic Wars would, of course, dissolve the Holy Roman Empire and lead to the consolidation of Germany in 1871.