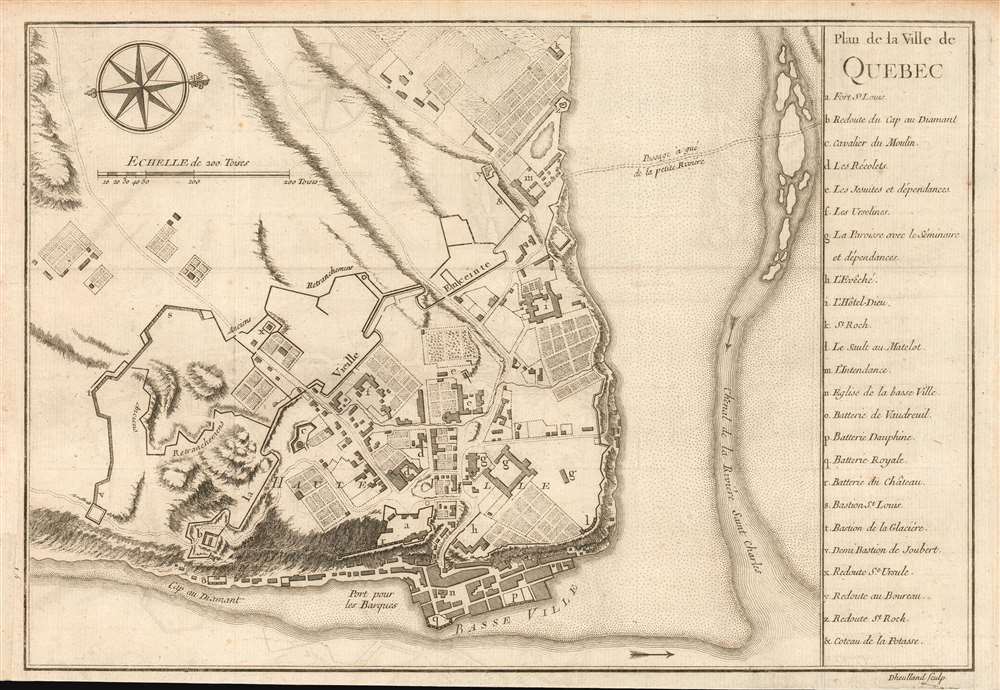 A scarce 1744 first state first edition of Bellin's important map of Quebec City, Canada. Oriented to the west, Bellin's map covers the fortified center of Quebec City at the conjunction of the St. Laurence River and the St. Charles estuary. The map illustrates various fortifications as well as some 24 individual buildings including churches, schools, batteries and government buildings. Some of the surrounding farmland is also illustrated. On the east side of the city the port and is identified.

When Bellin drew this map Quebec City was a major center for the French Colony of Quebec with its strategic location dominating trade on the vital St. Lawrence artery. After the French and Indian War control of Quebec fell to the British. British rule proved both beneficial and magnanimous to the predominantly French population.

Bellin prepared this map to be included in Pierre Francois Xavier de Charlevoix's 1744 Histoire et description generale de la Nouvelle France, one of the most comprehensive works on North America predating the French and Indian War. Charlevoix was a Jesuit missionary and traveler commissioned by the French Crown and the Duke of Orleans to explore French holdings in the Americas.