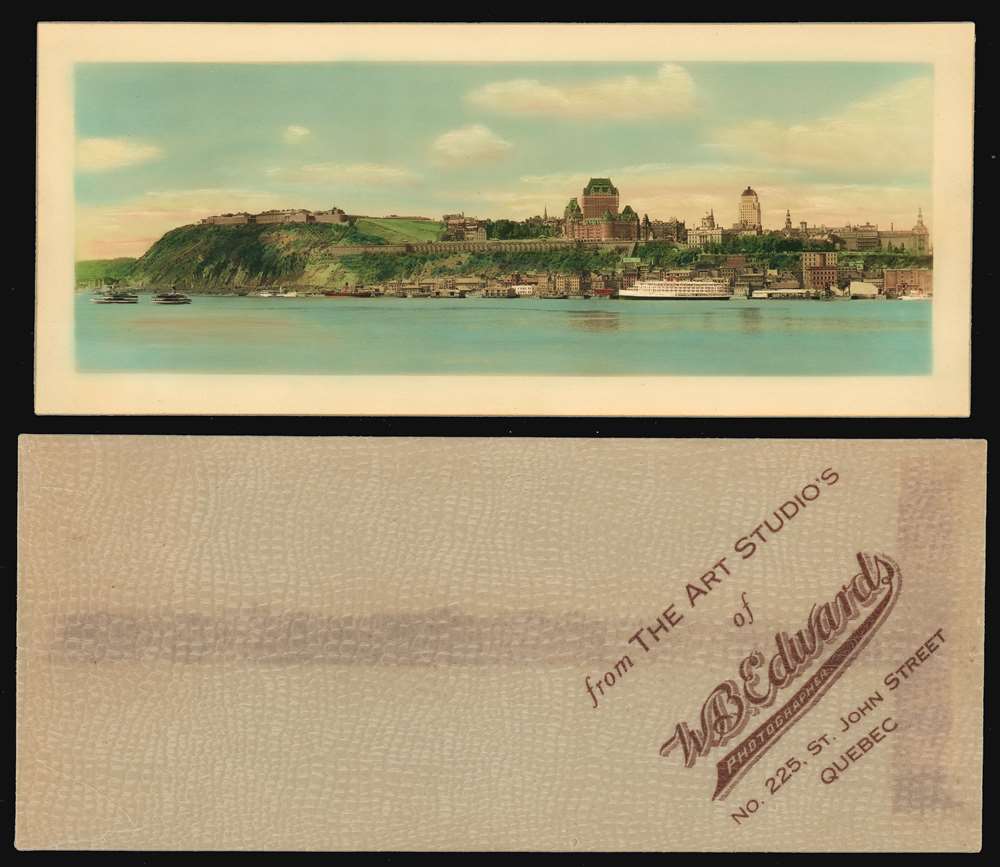 This is a beautiful 1930s panorama view of Quebec City as seen from the St. Lawrence. This delicately hand-tinted photograph shows the waterfront of the city, with the Citadelle atop the natural palisades, the skyline dominated by the exquisite Chateau Frontenac. The only structure rivaling the Chateau in height is the Edefice Price, Quebec’s first skyscraper. Indeed, it is the presence of this building, completed in 1931, that dates the picture.

In addition to its astonishingly fine detail and coloring, this photograph is preserved in pristine condition - largely the auspices of the crépe envelope it was sold in, and which is still present. It bears the advertisement 'From The Art Studio’s (sic) of W. B. Edwards Photographer. No. 225 St. John Street Quebec.' W. B. Edwards were a long-lived commercial photography firm, situated in Quebec City from 1918 to 1992. The English-born Edwards, by choosing the English spelling of his address, is wearing his ‘Anglo’ on his sleeve here.

We have not encountered this piece on the market before, and we see none catalogued in institutional collections.

William B. Edwards (1881-1944) was a British-Canadian commercial photographer based in Quebec City. Born in the UK, he emigrated in 1904 and settled amongst the English-speaking population of the city. In 1918 he set up business, offering 'Commercial Photography of Every Description.' His small shop would become one of the oldest continuous businesses in Quebec, lasting well beyond his death in 1944: the shop would not close until 1992. < Learn More...