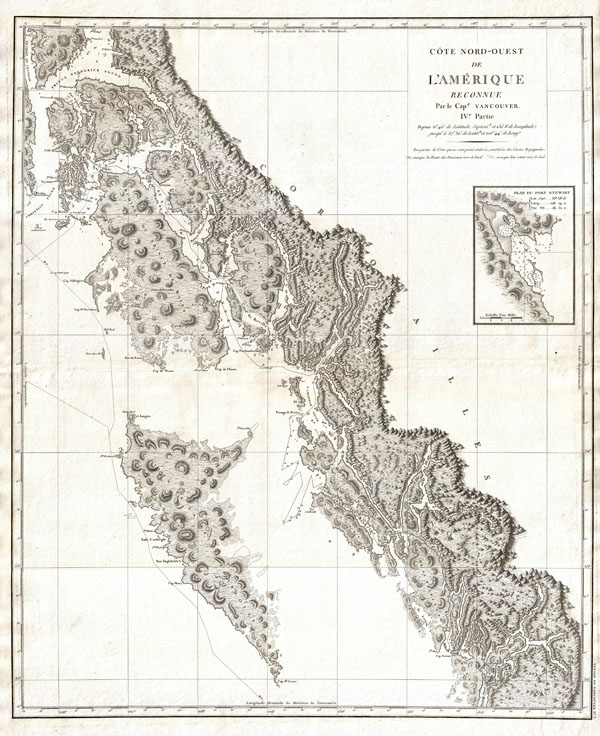 One of George Vancouver's most beautiful and impressive maps.

One of the great navigator George Vancouver's beautiful maps, this 1799 chart focuses on the rugged coastline of British Columbia and southern Alaska panhandle. This is the first truly accurate and detailed reconnaissance of this forbidding coastline. Queen Charlotte Island and Prince of Wales Island see their full shores mapped in detail for the first time. These island as well as the adjacent coastal lands are the traditional home of the Haida and Tlingit peoples, known for their fine carving and distinctive tribal culture. Vancouver's path as he surveyed this region in 1793 and 1794 is noted. The amazing detail of this chart, the finest mapping of the American this coast to appear for nearly 90 years after its publication, is an extraordinary monument to Vancouver's meticulous nature.