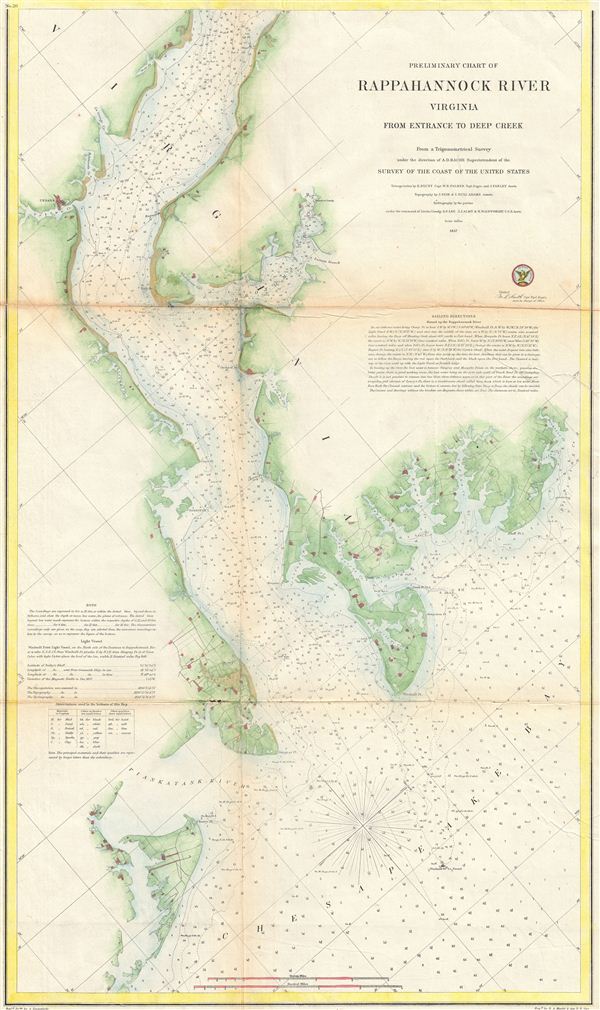 An uncommon example of the 1857 U.S. Coast Survey nautical chart or maritime map of the Rappahannock River, Virginia. The map focuses on the southern part of the Rappahannock River where it enters into the Chesapeake Bay. It covers from Deep Creek to the Chesapeake, including Urbana, the Corrotoman River, and the Piankatank River. Numerous smaller settlements, farms, and roadways are also noted. As a nautical map it further includes countless depth soundings (in feet) and a wealth of practical information for the mariner. The triangulation for this map was completed by e. Blunt, W. R. Palmer, and J. Farley. The topography is the work of John Seib and I. Hull Adams. The hydrography was accomplished by a team under the command of S. P. Lee, J. J. Almy, and R. Wainwright. The whole was compiled under the direction of A. D. Bache, one of the U.S. Coast Survey's most influential and prolific superintendents, for issue in the 1857 annual report to Congress.