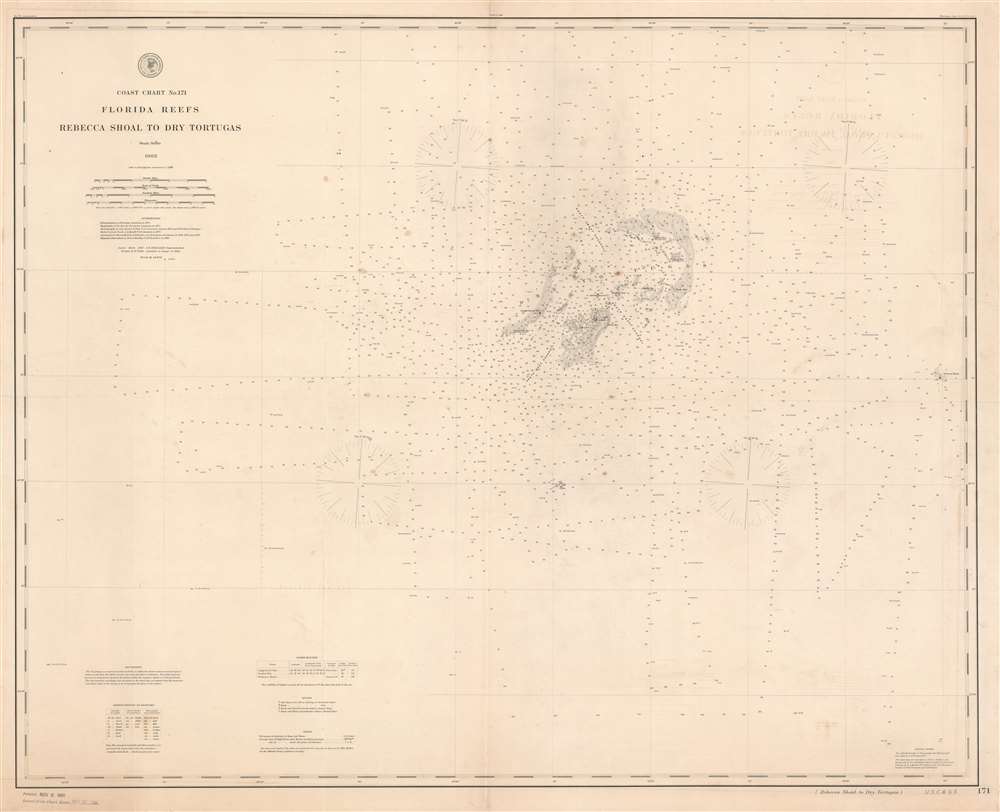 This is an 1889 U.S. Coast and Geodetic Survey nautical chart of the Dry Tortugas Islands, a group of islands near the end of the Florida Keys. The chart focuses on the Dry Tortugas and depicts the region from west of the island group to Rebecca Shoal. Today, the Dry Tortugas and the surrounding area form the Dry Tortugas National Park. Myriad depth soundings populate the chart, with the greatest concentration about the islands. Each of the keys are labeled, including Loggerhead Key, Long Key, and Bush Key. Fort Jefferson is labeled, as are the light within Fort Jefferson and the light on Loggerhead Key. The channels through the islands are also identified. Information concerning lighthouses, buoys, soundings, and abbreviations used on the chart is situated in the lower left corner.

This chart was created and published by the U.S. Coast and Geodetic Survey in 1889. Three examples are recorded in the institutional collections of the University of Chicago, the Washington State Library, and Stanford University.