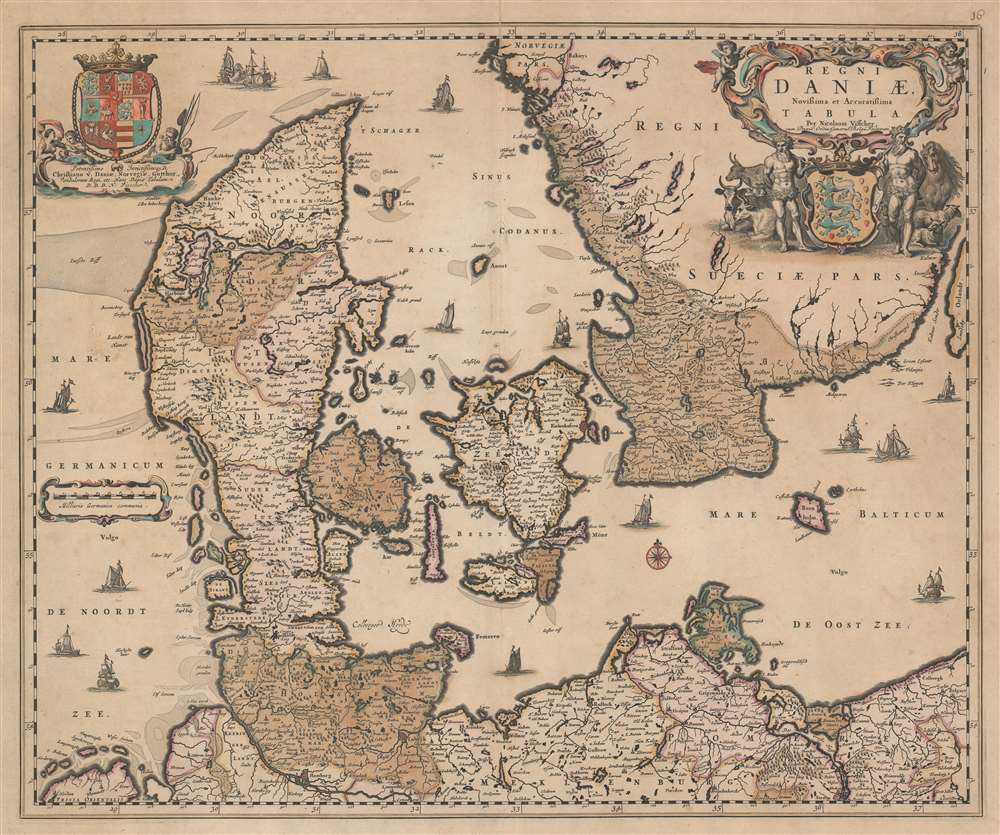 A map created using data from the first national survey of Denmark.
$400.00

This is a c. 1680 Nicholas Visscher map of Denmark. The map depicts the region from the North Sea to the Baltic Sea and from Norway to Germany. Beautifully engraved, numerous cities, towns, and villages are labeled throughout Denmark and the illustrated portions of Sweden and Germany, including Copenhagen and Hamburg. Rivers, lakes, and forests are also noted. A decorative title cartouche is situated on the upper right and is balanced by the coat of arms of King Christian V. The whole was based on a survey completed by the royal geographer Johannes Mejer (1606 - 1674) along with Johann Wilhelm Lauremberg (1590 - 1656). In 1662, the cartographer Joan Blaeu (1598 - 1673) was the first to publish a map using data collected from this national survey.