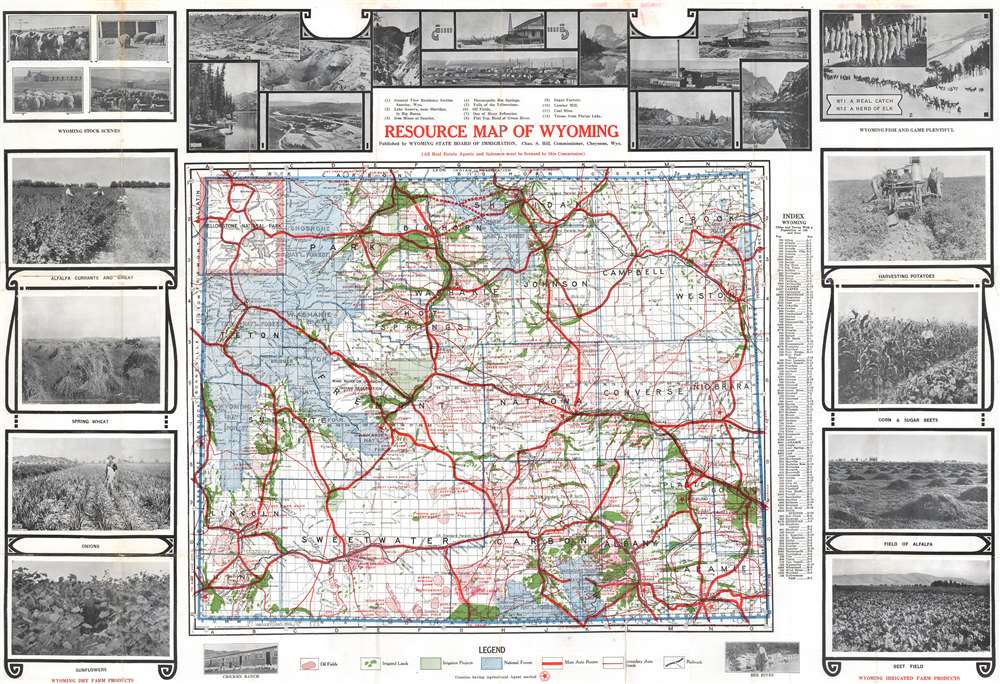 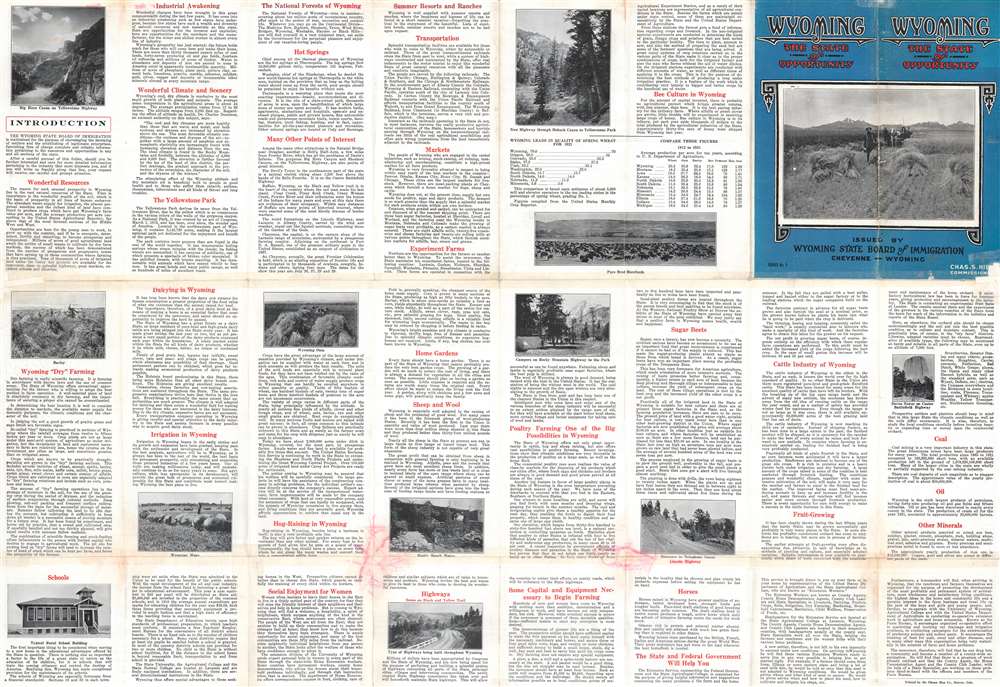 Promotional text fills the verso, divided into digestible sections focusing on everything from Yellowstone National Park, summer resorts, and transportation to schools, home gardens, and 'social enjoyment for women'. It seems State Board of Immigration aimed to address every concern a potential immigrant might have.

This map was created by the Clason Map Company and published by the Wyoming State Board of Immigration c. 1922. Five examples are cataloged in OCLC and are part of the institutional collections at the University of Chicago, the Denver Public Library, Texas Tech, the University of Wyoming, and Stanford University.