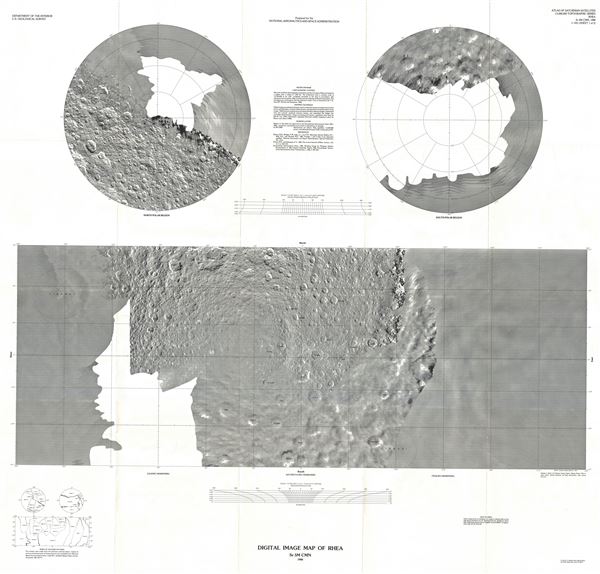 A beautiful 1988 digital image map of Rhea, the second largest moon of the planet Saturn issued by the U.S. Geological Survey. It depicts the surface of the satellite based on images from Voyager 1 and 2. The North Polar Region and the South Polar Region are represented in two insets in the upper left and right quadrants respectively.

This map was prepared for the National Aeronautics and Space Administration and published by the U.S. Geological Survey as Atlas of Saturnian Satellites Topographic Series Sr 5M CMN map I-1921 sheet 1.