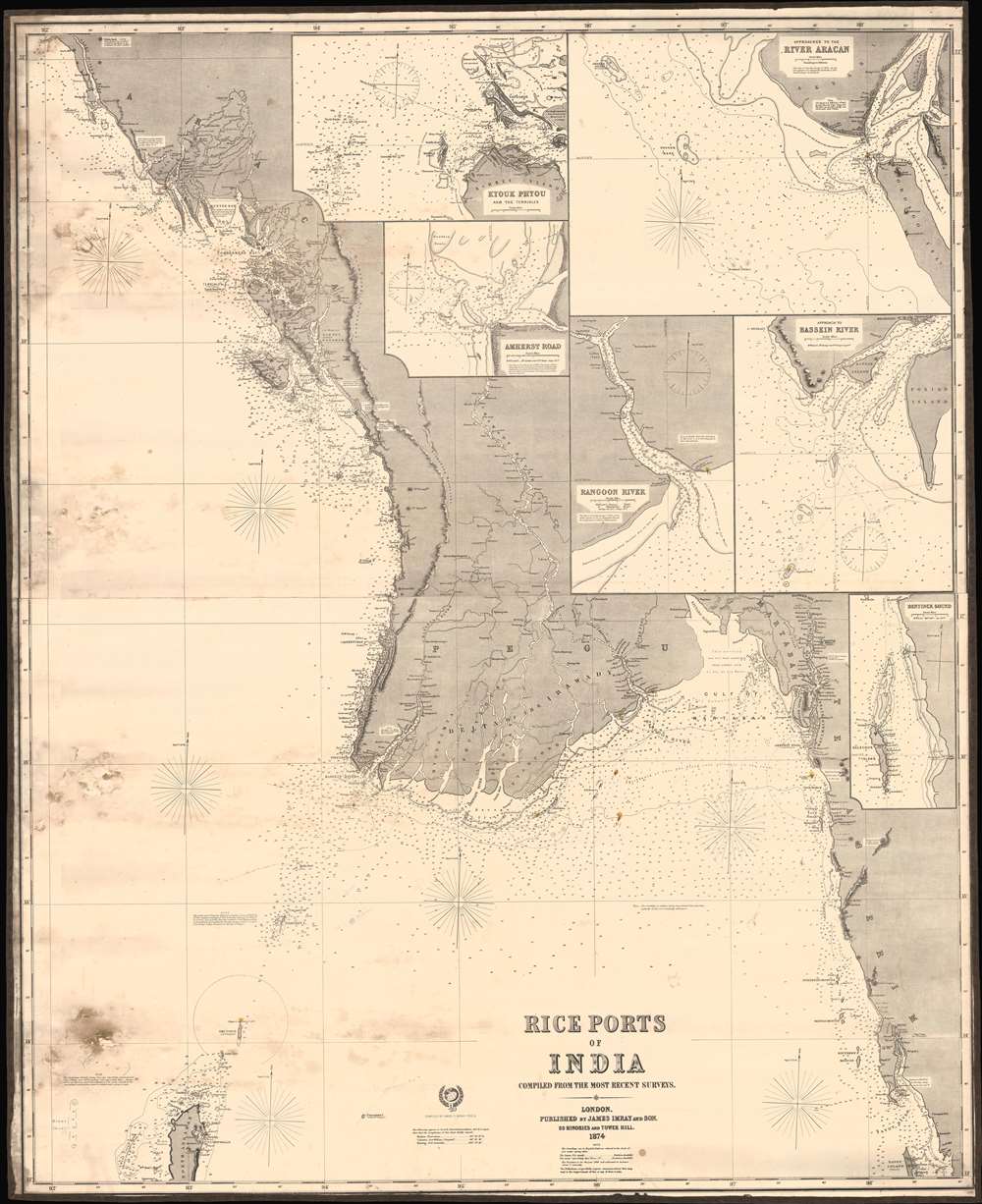 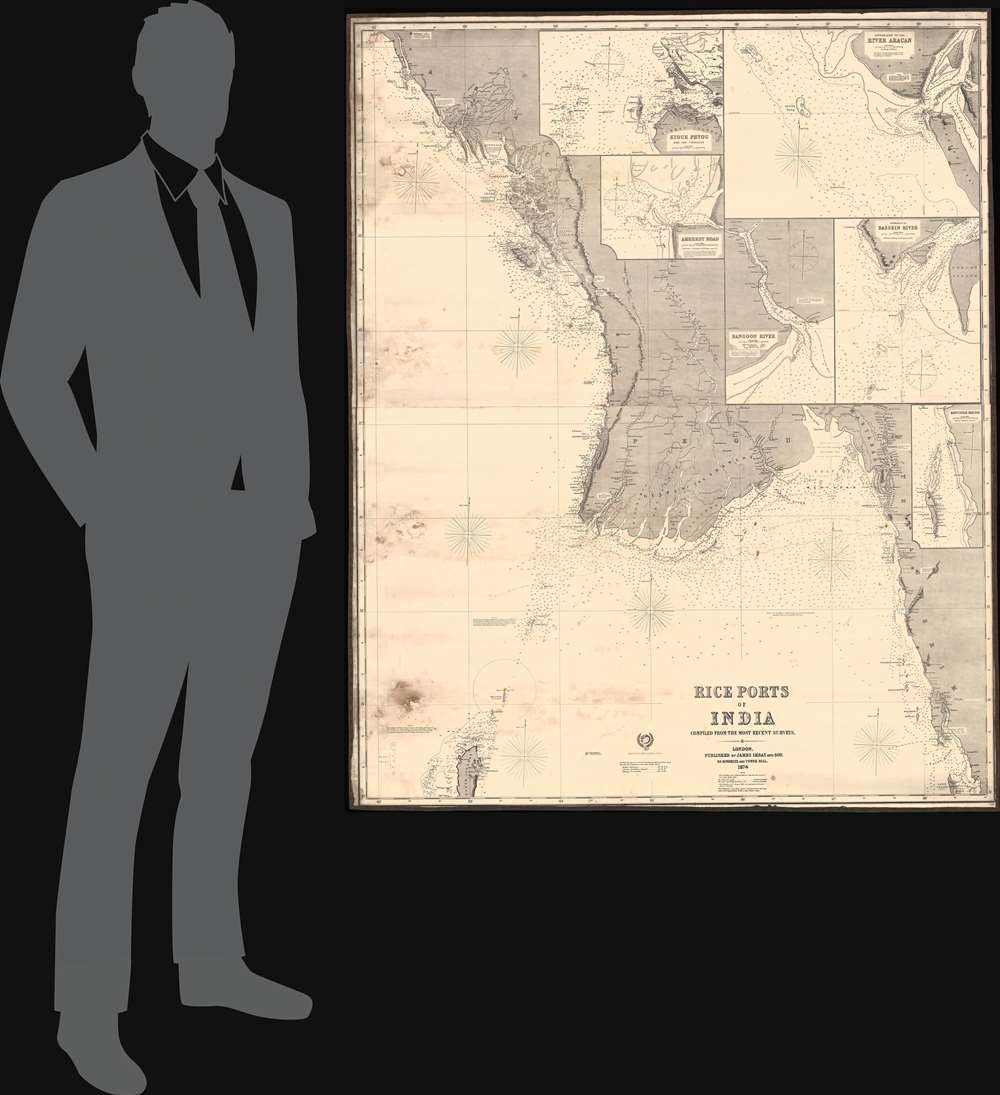 A transformative moment in global gastronomy.
$1,200.00

A fascinating 1874 James Imray nautical chart or maritime map of the cost of Myanmar / Burma, when that territory was the world's largest rice exporter. Burma's rise as a rice center transformed global gastronomy by democratizing rice consumption. The chart covers the Irrawaddy Delta and the Gulf of Martaban as far south as Tavoy Island (Mali Kyun) and as far west as the northern Andaman Islands. The following description of the chart was published by Rosser and Imray in the Catalog section of their 1867, Seaman's Guide to the Navigation of the Indian Ocean and China Sea,

A chart on two large sheets of the coasts of the Bay of Bengal between latitudes 13° and 21° N, longitudes 92° and 98° E. With plans of Akyab, Kyou, Phiouk, Bassein River, Rangoon River, Maulmain, and Kalegouk Island anchorage. A very useful chart for Shipmasters bound to Akyab, Rangoon, or Maulmain as it exhibits the navigation on a larger scale than any hitherto published.

The Irrawaddy-Sittang Delta offers near ideal conditions for rice production. The earliest reports of major rice exports date to the 16th century when it was exported in volume to Malaya. Nonetheless, by the 18th century the Delta region was nearly depopulated due to a series of failed Mon uprisings against the Burmese Emperors and retaliatory genocide. The Burmese Emperors also restricted rice exports. In 1853, following the Second Anglo-Burmese War (1853 - 1853), the British seized lower Burma. They found themselves in control of a vast jungle with few resources. With an eye to profit, British engineers began leveraging labor from India to convert the jungle to rice paddies. They also pressured the Emperor Mindon Min (1808 - 1878), based in Mandalay, to sign a treating allowing open immigration to British controlled territory. The result was a vast wave of immigration wherein 30,000 - 40,000 people per year migrated to British Burma to settle and work the rice fields. In 1852, there were roughly 900,000 acres of padi land in Lower Burma, by 1874, when this map was issued, there were 2,000,000, and by 1900, there were 6,000,000. The increased rice production in Burma was so significant that it impacted global food consumption and gastronomy. Where rice was once a luxury, it became a staple - a fact compounded in Europe and America by the opening of the Suez Canal.

This map was published by James Imray and Son in 1874. We note editions of this chart as early as 1866 and as late as 1924, but most are dated 1872 or 1874, as here. The OCLC notes examples at the British Library and at the National Library of Australia. We are aware of at least 3 examples in private collections.

Good. Blueback. Edged with brown paper. Some pencil marks relating to navigation. Unfortunate stains along left side - see image - could be washed out by a restorer. Priced accordingly.