1865 U.S.C.S. Chart or Map of the Mississippi River around Cairo Illinois 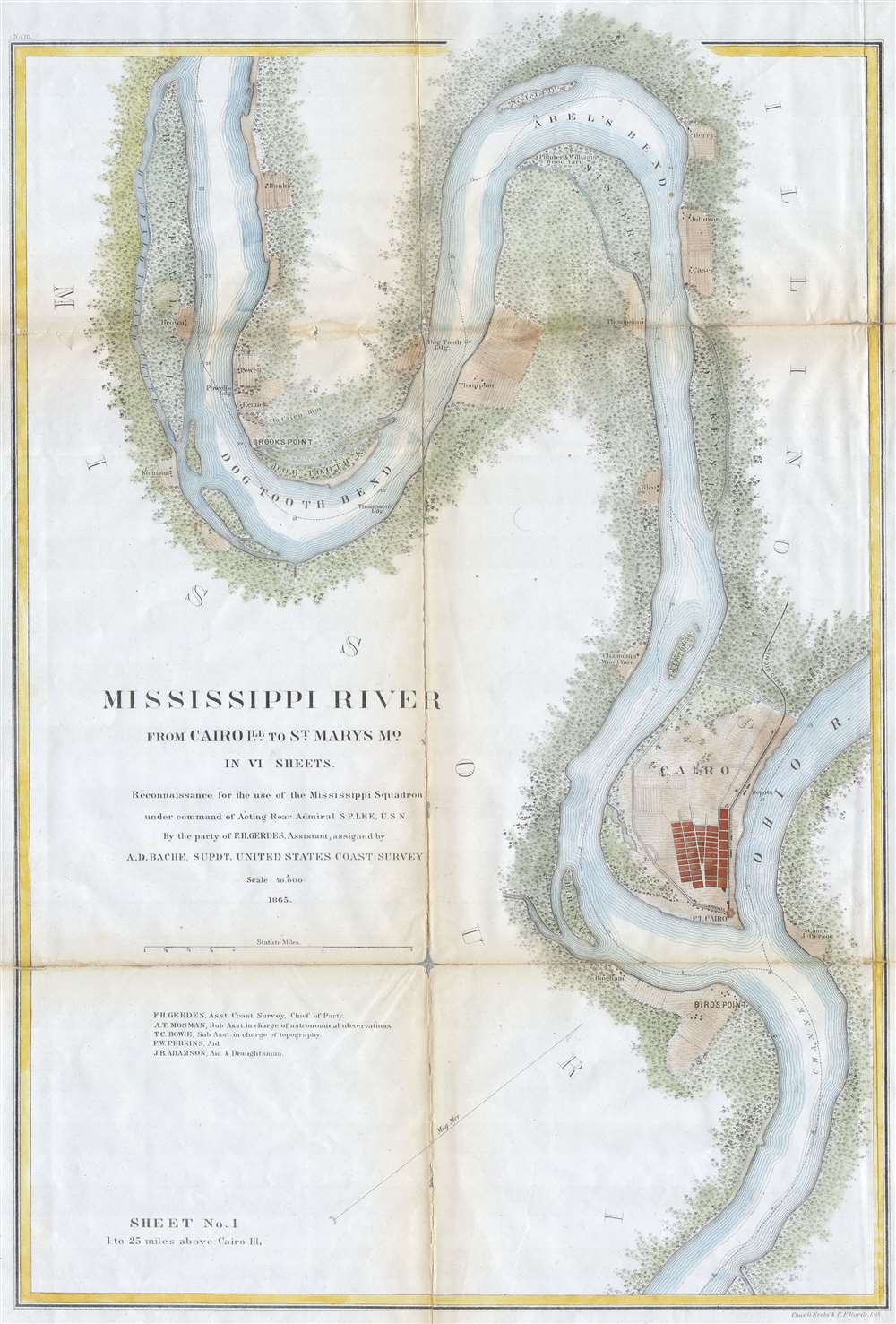 1865 U.S.C.S. Chart or Map of the Mississippi River around Cairo Illinois

This is a beautifully hand colored 1865 United States Coast Survey chart or map of a sinuous part of the Mississippi River around Cairo, Illinois near the branching off of the Ohio River. Sheet one of a six sheet set depicting the Mississippi River from Cairo Illinois to St. Mary's Missouri. The bends in the river are named, as are the many river islands shown. Notes towns, wood lots, landings and farms, many of which are shown with family names. This map was created under the direction of A. D. Bache, Superintendent of the Survey of the Coast of the United States and one of the most influential American cartographers of the 19th century.

Good condition. Some browning and repairs on original fold lines. See photo.
Looking for a high-resolution scan of this?