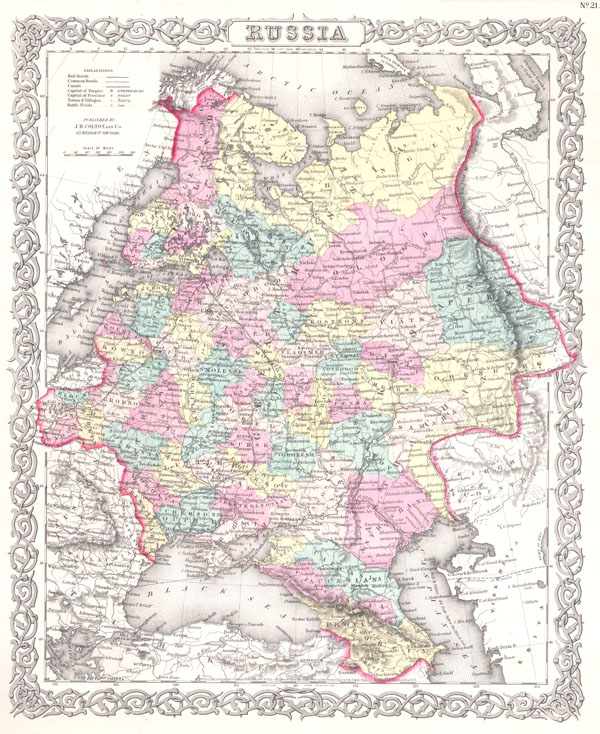 This rare hand colored map of Russia is a copper plate engraving dating to 1856. Produced by the important mid 19th century American map publisher J. H. Colton. Covers the European portion of Russia from the Arctic sea south to the Black Sea. Includes Poland, Lithuania, Latvia, Estonia, Georgia and Armenia part of the Russian Empire. Prepared out of Colton's 172 William St, New York, office for inclusion as plate no. 21 in the 1856 issue of Colton's Atlas of the World. Colton initially issued his atlas by subscription in two separate volumes, one for North America (issued in 1855) and one for the rest of the world (issued in 1856). This map however, is from the rarer late 1856 issue of the full atlas in a single volume – Colton's first complete world atlas. Thus, though the copyright is 1855, we can be assured that this map comes from the 1856 issue of the Atlas. This map would later become the prototype of all subsequent Johnson maps of Russia. Dated and copyrighted, 'Entered according to Act of Congress in the Year 1855 by J. H. Colton & Co. in the Clerk's Office of the District Court of the United States for the Southern District of New York.'