1808 Faden and Nantiat Map of Russia in Europe 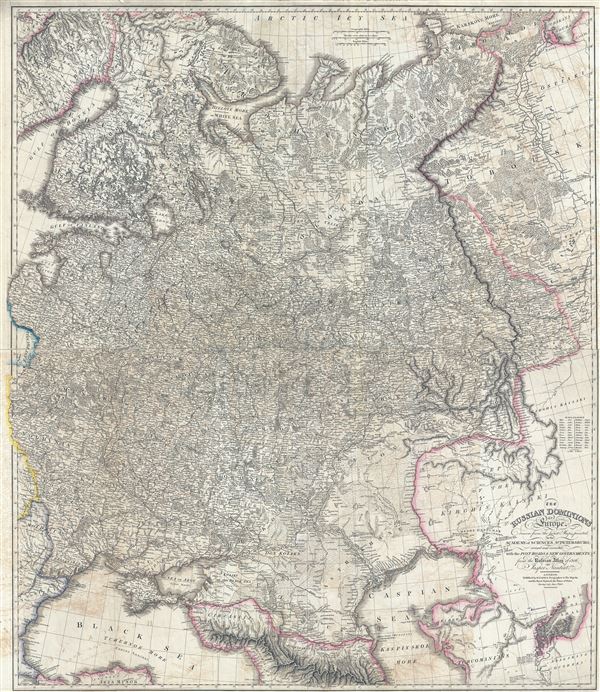 1808 Faden and Nantiat Map of Russia in Europe

Possibly the most detailed single map of European Russia to appear in the early 19th century.

A remarkable large format map first edition 1808 map of Russia by Jaspar Nantiat and William Faden. This exceptional map covers from the Artic Sea to the Black and Caspian Seas and from East Prussia and Moldova to the Aral Sea and Tobolsk. In addition to Russia, this map also includes, in part or whole, the modern day nations of Belarus, Ukraine, Latvia, Lithuania, Estonia, Poland, Moldova, Georgia, and western Kazakhstan. It includes the European parts of Russia and is presented in extraordinary detail throughout detailing every city and town as well as topography, which is rendered in hachure, and other geographical features.

Russia at this time was ruled by Tzar Alexander I. Napoleon's Empire was at its heights and his disastrous 1812 invasion of Russia was already planned. Russia meanwhile was embroiled in the Finnish War with the Kingdom of Sweden.

Cartographically this map has been based upon maps printed by the Russian Academy of Sciences located in St. Petersburg. Much of the cartographic information included is derived directly from the 'Russian Atlas' published in 1806. The present example has been updated and translated into English by British publisher William Faden for issue in 1808. After Faden's death in 1836, this map's plates were acquired by James Wyld, who issued this map in several later editions.

Good. Backed with archival tissue. Two panels, joined. Some offsetting.
Looking for a high-resolution scan of this?