1849 Mitchell Map of Russia in Asia 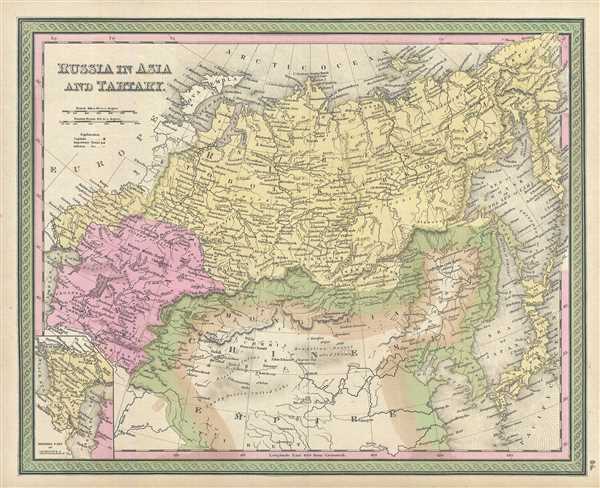 1849 Mitchell Map of Russia in Asia

This is an extremely attractive example of S. A. Mitchell Sr.'s 1849 map of Russia in Asia. Extends from the Ural Mountains and the Caspian Sea eastward as far as Siberia, Kamtschatka and Japan. Extends south to include Korea, Mongolia, and much of northern China. An inset map in the lower left quadrant details the region between the Black Sea and the Caspian Sea, or as it is generally known, the Caucuses. Political and topographical features are noted and color coded with elevation rendered by hachure.