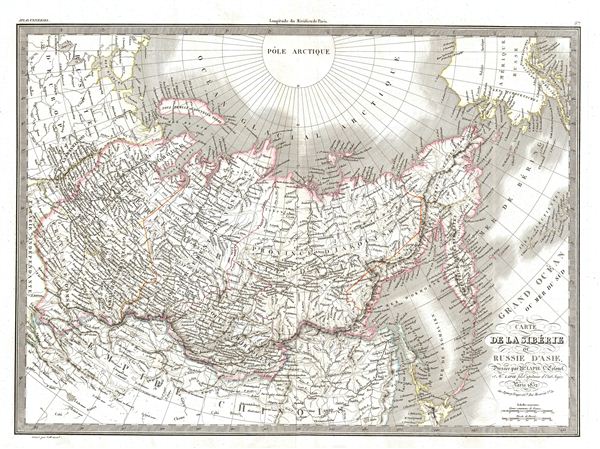 A fine first edition example of M. Lapie's 1832 map of Russia in Asia. The map Asian Russia from the Arctic Pole to China and from european Russia to, Siberia, the Bering Strait, Pacific Ocean, and Alaska (Russian America).

During this time in Russia, around 1825, Russian army officers, called the Decembrists, protested against Nicholas I's ascension to the throne. They were however defeated and arrested and some were exiled to Siberia. There, against all odds, the Decembrists thrived making significant contributions to the cultural and economic growth of Siberia.

This map was engraved by Armand Joseph Lallemand as plate no. 37 in the first edition of M. Lapie's important Atlas Universel. This map, like all maps from the Atlas Universel features an embossed stamp from the Lapie firm.