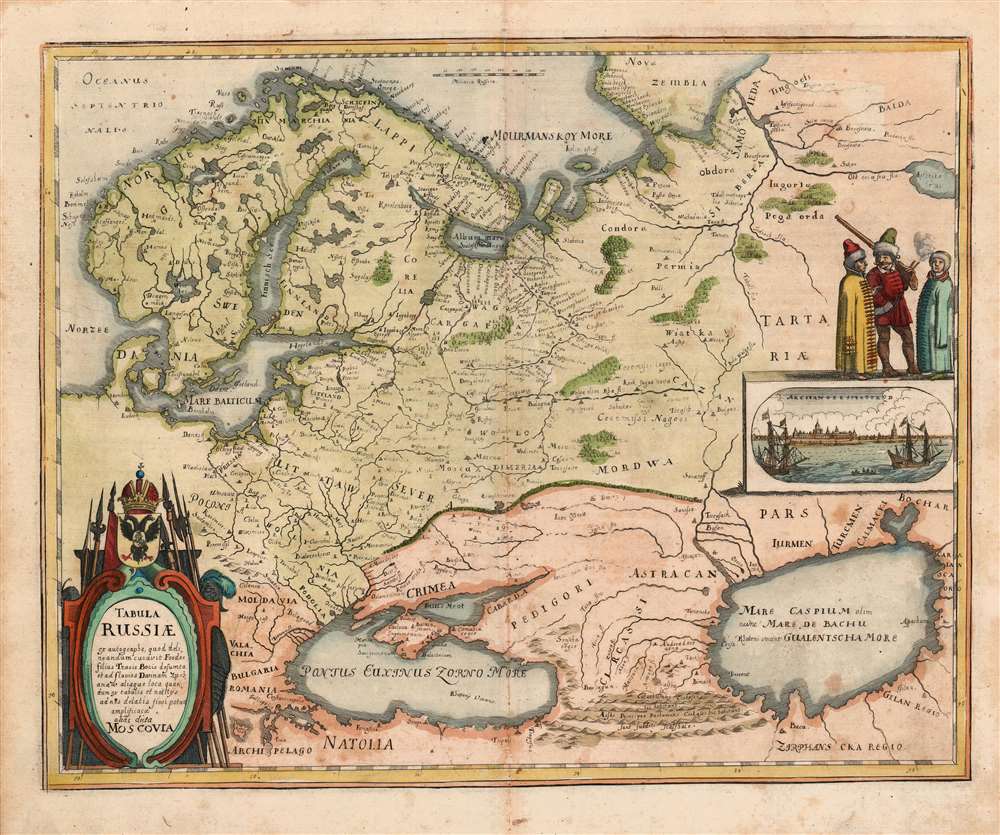 The state of the art of Western Cartography in Russia during the Time of Troubles.
$850.00

This is a scarce 1638 Matthias Merian map of Russia. Though an intermediary source may have been Hessel Gerritz, the map is believed to have been ultimately derived from a Russian survey prepared at the orders of the Czar of Muscovy, Boris Godunov. Although this map's information dates to the end of the 16th century, the onset of the Time of Troubles following the death of Boris Godunov would curtail much reliable contact with this part of the world, and so well into the 17th century this map would remain the most up-to-date mapping of Muscovy available.

The map includes a panoramic view of the port of Archangel, the main point of entry for European merchants and other travelers to Russia.

This map was executed in 1638 for inclusion in Matthias Merian's Neuwe Archontologia cosmica, a German translation of Pierre d'Avity's 1616 Les Estats, empires, et principautez du monde. We identify about ten examples of later editions of Merian's Neuwe Archontologia cosmica in institutional collections, and twelve examples of this separate map are so cataloged, in various editions.