1834 Burr Map of the Russian Empire 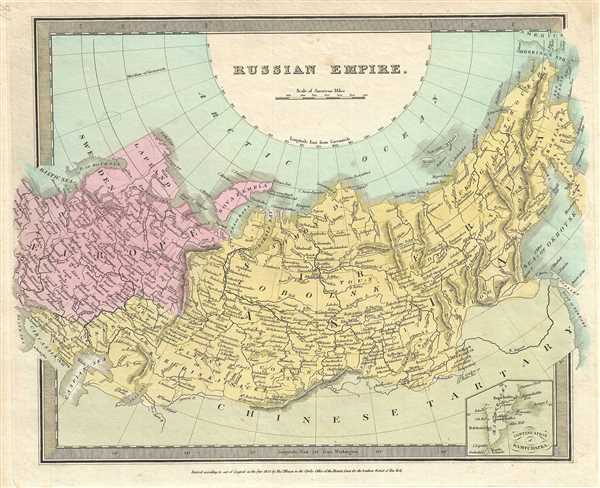 1834 Burr Map of the Russian Empire

Map of the Russian Empire across Asia and Europe.
$300.00

This is a beautiful 1834 first edition map of the Russian Empire issued by David H. Burr. It covers the Empire in its entirety, both in Asia and in Europe. Throughout, the map identifies various cities, towns, rivers, mountain passes and an assortment of additional topographical details. In 1815 Tsarist Russia emerged from the Napoleonic Wars economically insolvent and politically fearful of the Revolutionary fervor that had just swept through Europe. In order to shore up Russia's economic position, the Tsars began an aggressive series of expansions into the Caucuses and Central Asia that would vastly increase the landmass of the Russian Empire.