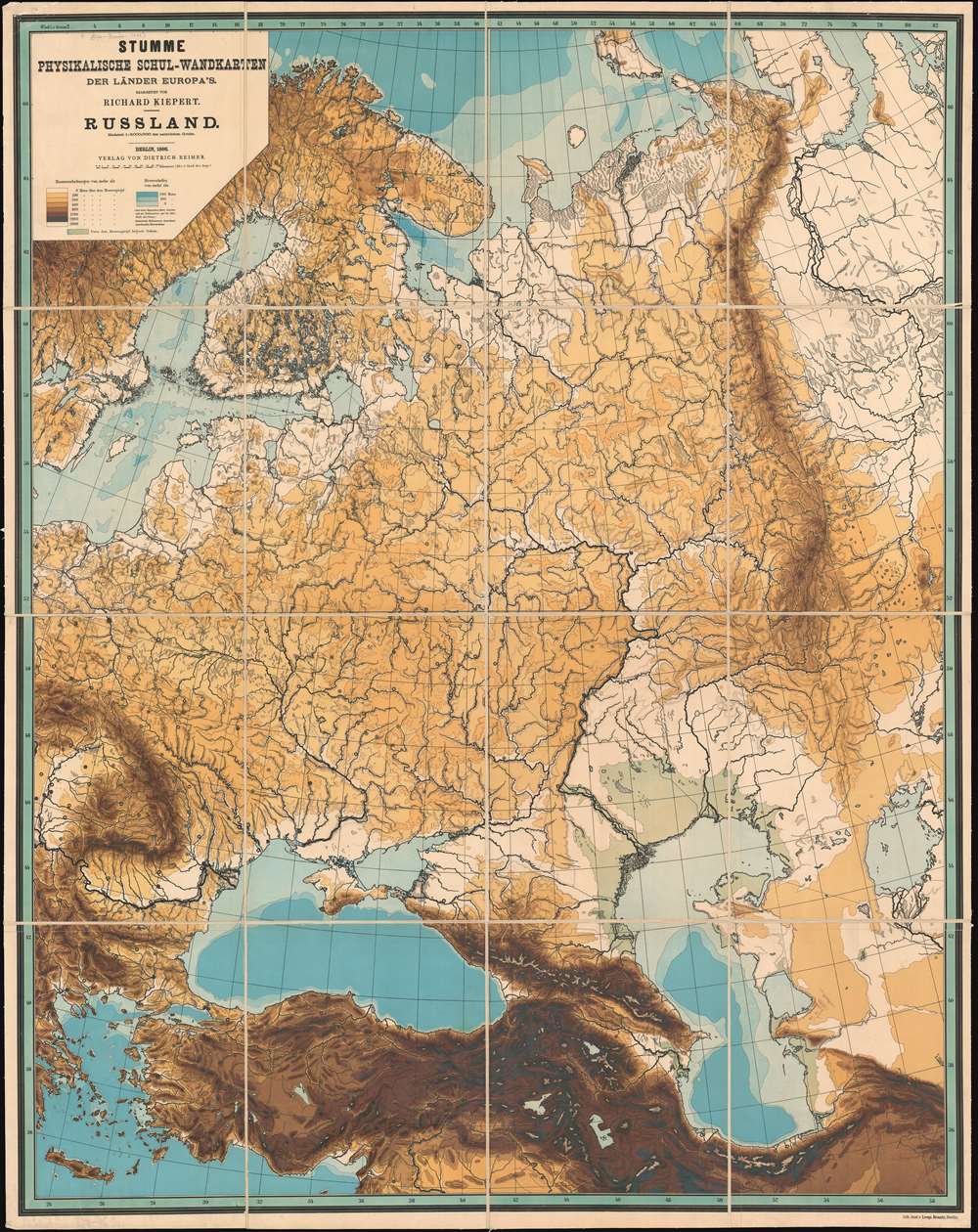 An unforgettable wall map of Russia and Eastern Europe.
$1,500.00

This is an unforgettable 1888 Richard Kiepert topographic map of Russia and Eastern Europe. The map depicts the region from Sweden and the Balkans to the Ob River and from the Arctic Ocean to the Middle East. Kiepert employs eight different colors to illustrate the region's topography and three shades of blue for ocean depth. He details the region's river systems and coastlines, along with both the Aral Sea and Caspian Sea. Green appears along the shores of the Caspian Sea and denotes areas below sea level. Although without identifying any by name, many of the region's cities and towns are marked as well.

An amazing piece created by the most celebrated 19th-century German cartographer, Richard Kiepert, this map was then published by Dietrich Reimer in 1888. Two examples are cataloged in OCLC and are part of the collections at the University of Chicago and the University of Oxford.

Very good. Even overall toning. Dissected and mounted on linen in 16 panels.