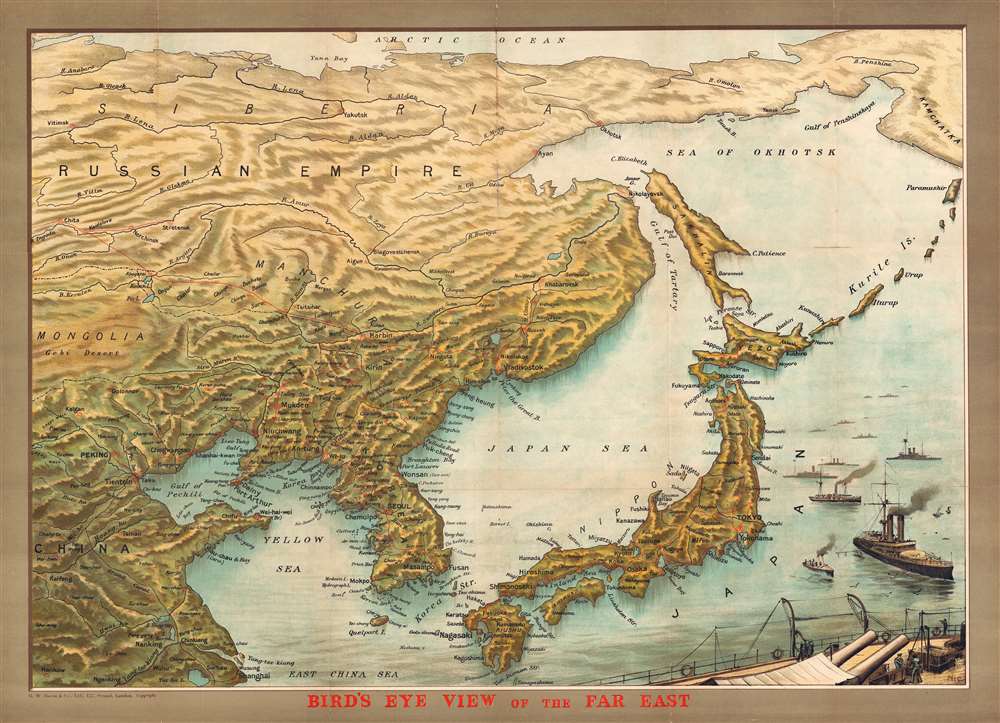 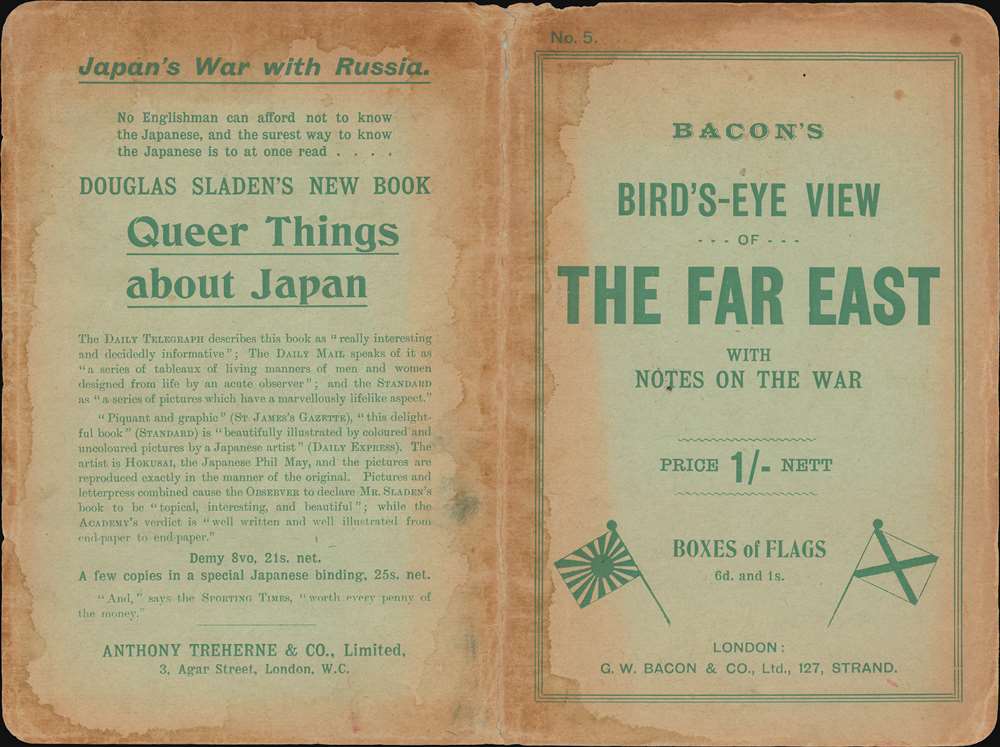 This is a finely executed George Washington Bacon and NIC's chromolithograph bird's-eye view of the theater of the Russo-Japanese War (1904 - 1905). Presented as a Bird's eye view and centered on Vladivostok, the view covers from the Arctic to Shanghai and from China to Kamchatka. The focus is on Japan, Korea, and Manchuria, the seat of the Russo-Japanese War. In the lower right, Japanese gunships and battleships prepare for war. This view and map was issued early in the war, just following the Japanese Imperial Navy attack on the Russian Far East Fleet at Port Arthur (February 8, 1904).

The map accompanied a small booklet with a pro-Japanese anti-Russian perspective on the war situation in East Asia that reads like the billboard of a Humphrey Bogart move,

'The blast of war blows in our ears.' Very soon in the 'Lan of the Morning Calm' the angle of death will be abroad, and red and widespread ruin will be the result. Russian and japan have unsheathed their swords, and a struggle is being entered upon, the end of which no man can foresee.

The author goes on to laud Japanese honor and integrity, if in a Euro-centric racist way, writing 'though not professedly Christian, [Japan] has shown a correctness of conduct and a forbearance which might well put to the blush many nations with centuries of civilization behind them.' In general, the Japanese were viewed in England as the better and more reasonable of the two powers - not the threat to most western powers that Russia had historically been, nor a mere pushover.

This view was drawn by 'NIC' and published by G. W. Bacon, 127 Strand, London. We have been unable to discern who 'NIC' may have been. The view is no. 5 in G. W. Bacon's 'Far Eastern Crises' series. Rare. We note a single other example in the OCLC, located at the British Library at St. Pancras.