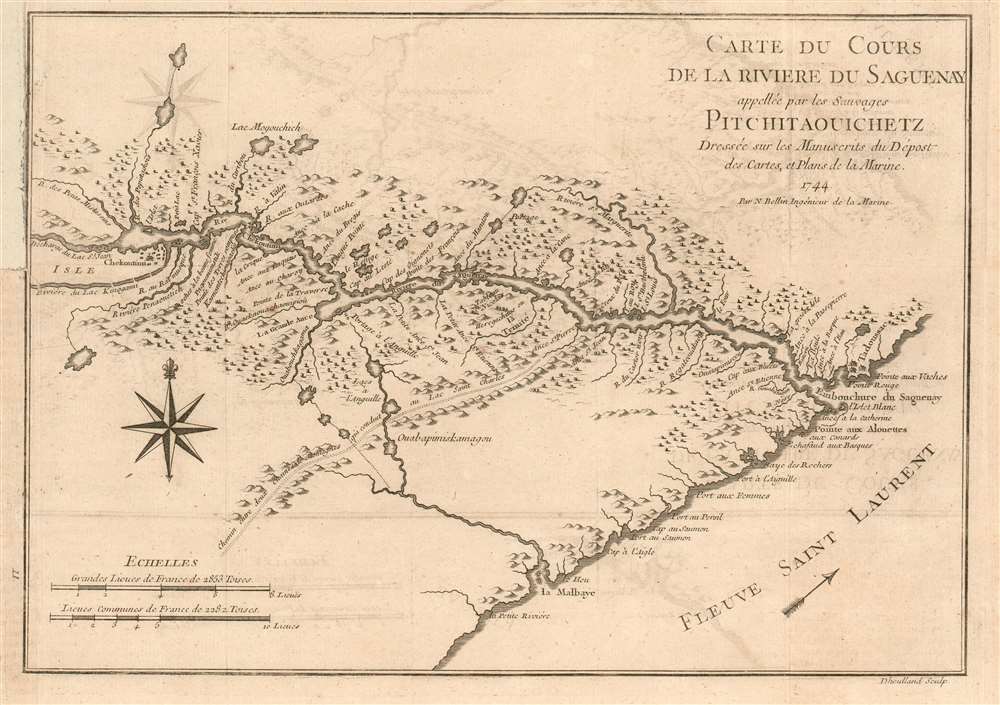 An Attracive Map of Quebec in the Vicinity of the Saguenay River
$200.00

This is a 1744 Bellin map of the region of Quebec surrounding the course of the Saguenay River, reaching just short of Lake Saint-Jean. It shows the settlement of Chicoutimi (Chekoutimi on the map) in the location of present-day Saguenay. A track, running southwest, leads to Lac St. Charles near Quebec City.

This map appeared in Pierre Francois Xavier de Charlevoix's 1744 Histoire et description generale de la Nouvelle France, one of the most comprehensive works on North America predating the French and Indian War. Charlevoix was a Jesuit missionary and traveler commissioned by the French Crown and the Duke of Orleans to explore French holdings in the Americas, particularly with a view towards finding a profitable route to the Pacific. Many hoped this in the network of rivers and lakes to the west of the Great Lakes, as suggested by earlier explorers and mapmakers such as Lahontan and De l'Isle.

Very good condition. Margin extended at insertion point, with a mend to border. Some offsetting.
Looking for a high-resolution scan of this?