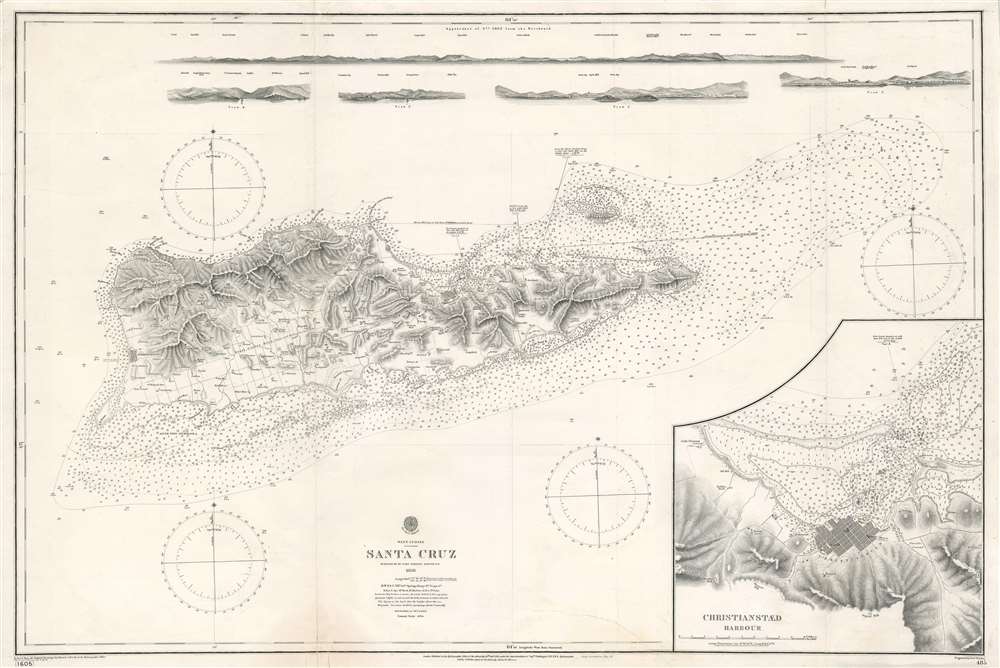 This is a beautiful 1903 British Admiralty nautical chart or maritime map depicting the island of Saint Croix (Santa Cruz) in the U.S. Virgin Islands. Unlike most Admiralty charts, a surprising level of inland detail is presented here. Both Frederiksted and Christiansted are labeled and illustrated with streets and city blocks. Homesteads across the island are identified as well, many of which are marked by windmills. Major roads are also included. Myriad depth soundings are noted all along the island's coast and extend east of the island to Lang Bank. A detailed inset map of Christiansted city and harbor is situated in the lower right corner. Five coastal views are included along the top border.

This map was created by the British Admiralty and originally published in 1858. As is common with nautical charts, corrections were made and subsequent editions were published, with the present example dating from 1903. No examples of the present chart are catalogued in the OCLC and we have been unable to isolate previous market history.