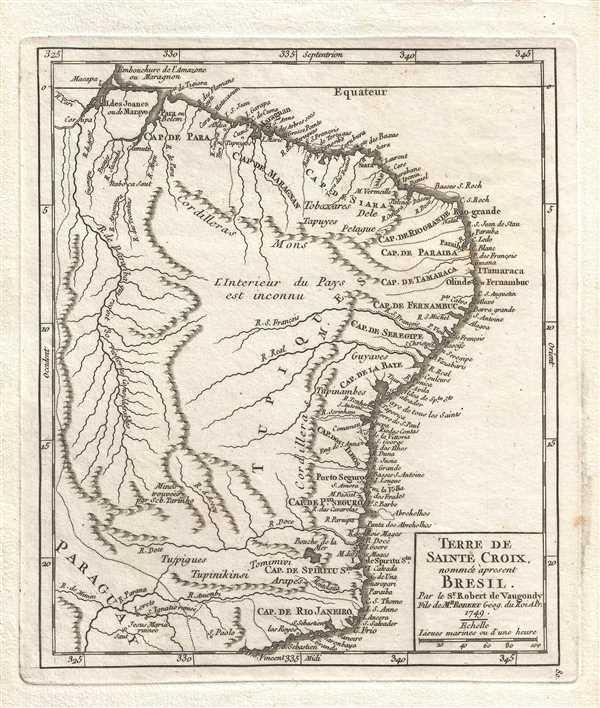 This is a 1749 Didier Robert de Vaugondy map of the Atlantic coast of Brazil. The map depicts from the Equator to Sao Paulo (S. Paulo) and from the 'unknown interior of the country' (L'Interieur du Pays est inconnu) to the Atlantic Ocean. Paraguay is also labeled in the lower left corner. Highly detailed, the map presents a very attractive depiction of Brazil. Numerous rivers and tributaries are depicted, and myriad locations are labeled along the coast. Mountains are illustrated in profile. Sao Paulo and Porto Seguro are labeled. A river along the left border is labeled the Paraiba River, which 'recieves thirty considerable rivers' (recoit 30 riveieres considerables).