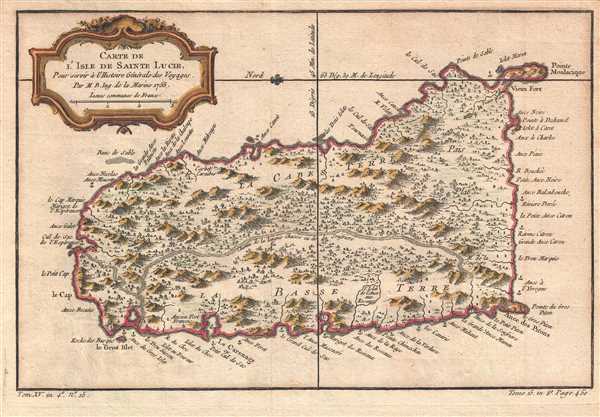 An extremely attractive example of Jacques-Nicolas Bellin's 1758 map of Saint Lucia (St. Lucia) or Sainte Lucie in the West Indies. St. Lucia is considered among the most beautiful of the Windward Isles. This map covers this spectacular Caribbean island in considerable detail showing mountains, cities, and forests in Bellin's distinctive profile style. Good harbors are marked with miniature anchors. A decorative rococo style title cartouche appears in the upper left quadrant.

Drafted in 1758 by Jacques-Nicolas Bellin for publication in Provost's c. 1760 edition of L`Histoire Générale des Voyages.