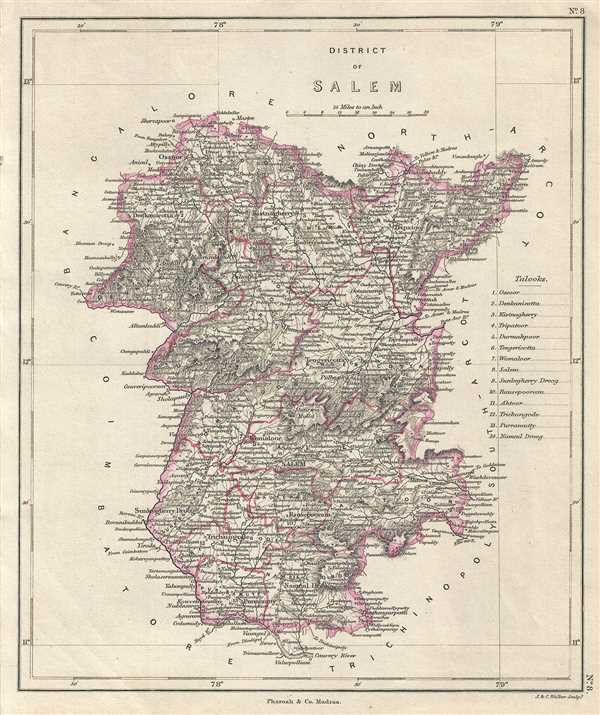 Uncommon map of the Salem District of Tamil Nadu, India.

This is an uncommon 1854 map of the district of Salem in Tamil Nadu, India. The map is issued by Pharoah and Company and covers from the Cauvery River north to Vaniyambadi. Includes important towns, roads, lakes, rivers and topography. The district is the largest in Tamil Nadu and dates back to the Stone Ages. Roman coins fond in the region suggest that it was part of the Roman trade route in India. This map depicts the district of Salem when the region was under British control. The map was engraved by J. and C. Walker and issued as plate no. 8 by Pharoah and Company in their 1854 Atlas of Southern India.