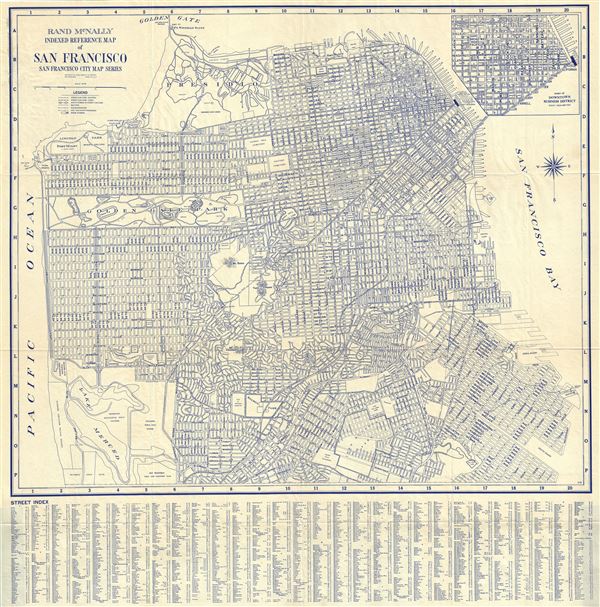 This is a fine c.1940 folding map or plan of the city of San Francisco by Rand McNally. It shows all major streets, parks, cemetery, squares and peaks and covers San Francisco from Fort Point (Golden Gate Bridge) in the north to Lake Merced in the south and from the Great Highway in the west to Waterfront Street in the east. The top right quadrant of the map contains an inset of the Downtown Business District. Shows the large proposed land fill around South Basin and Hunter's Point. The map is highly detailed with a legend on the top left corner. A street index is listed on the bottom of the map. This indexed reference map of San Francisco was published by Rand McNally and is part of the San Francisco City Map Series.

Very good. Minor wear along original fold lines. Accompanied by original paper binder.
Looking for a high-resolution scan of this?