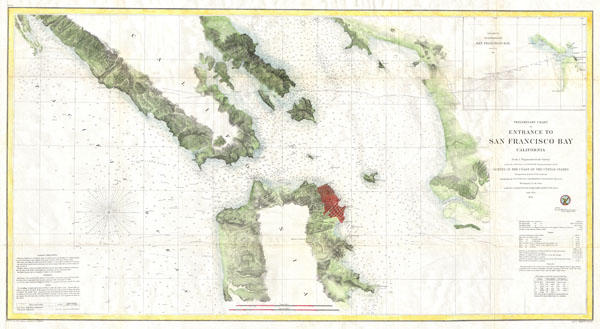 The triangulation for this chart was prepared by R. D CUtts. The topography is the work of R. D. Cutts, A. M Harrison and A. F. Rodgers. They Hydrography was accomplished by a party under the command of James Alden. The entire chart was prepared under the supervision of A.D. Bache, one of the most influential cartographers of his time.