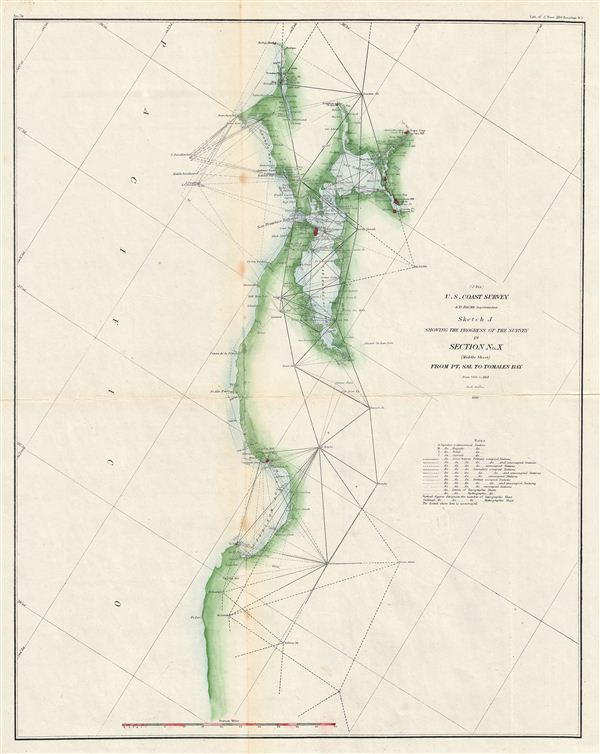 An uncommon example of the 1871 U.S. Coast Survey progress and triangulation chart or map of coast of California from Point Sal to Tomales Bay, including San Francisco Bay and San Pedro Bay. The map identifies numerous cities throughout including San Francisco, Napa, Benicia, etc. Progress maps of this sort were made to illustrate work of the survey and accompanied the Superintendent of the Survey's annual report to Congress. Compiled under the direction of A. D. Bache, one of the U.S. Coast Survey's most influential and prolific superintendents, for issue in the 1859 annual report to Congress.