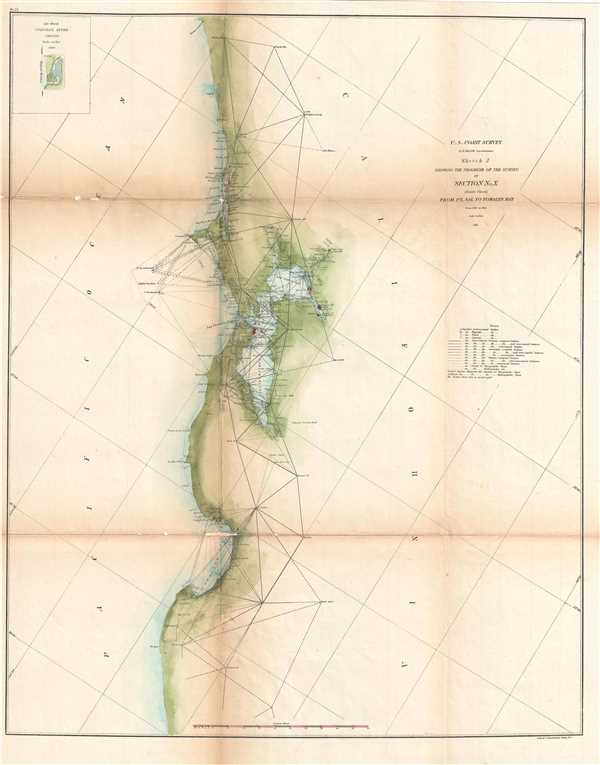 An attractive example of the 1861 U. S. Coast Survey nautical chart or maritime map of San Francisco Bay and vicinity. The map covers from Point Sal to Tomales Bay, inclusive of all of San Francisco Bay. In the upper left quadrant there is an inset map of the Coquille River, Oregon. There are triangulations lines throughout showing the progress of the U. S. Coast Survey in this region. Notes on survey stations appear at center right. This chart was prepared under A. D. Bache for the 1861 edition of the Superintendent's Report.

Very good. Wear and toning on original fold lines. Some infill in the lower left quadrant. Professionally flattened and backed on archival tissue.
Looking for a high-resolution scan of this?