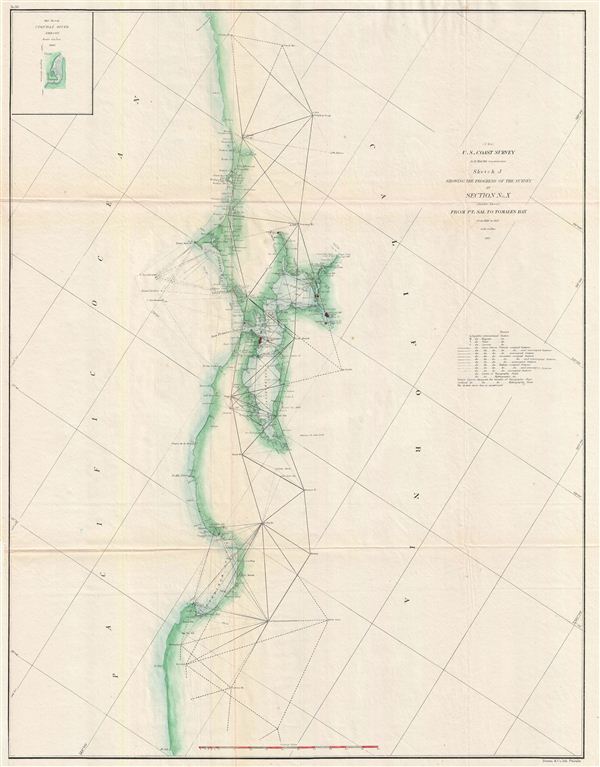 An exceptional example of the 1862 U.S. Coast Survey's progress nautical and triangulation chart for the San Francisco Bay region, California. Centered on the San Francisco Bay, this chart covers the Californaia coastline from Haven's Anchorage (near Point Arena) in the north to Point Sal (near Santa Maria) in the south, inclusive of Monterrey Bay, Drakes Bay, and of course, San Francisco and San Pablo Bays. Shows triangulation points throughout the region as well as all major islands, rivers, and inlets. Lighthouses, ports, cities, beaches, and other sites noted. Prepared under the supervision of A. D. Bache for the 1862 issue of the Superintendent's Report.

Very good. Some creasing, toning, and verso reinforcement on and around original fold lines. Else clean.
Looking for a high-resolution scan of this?