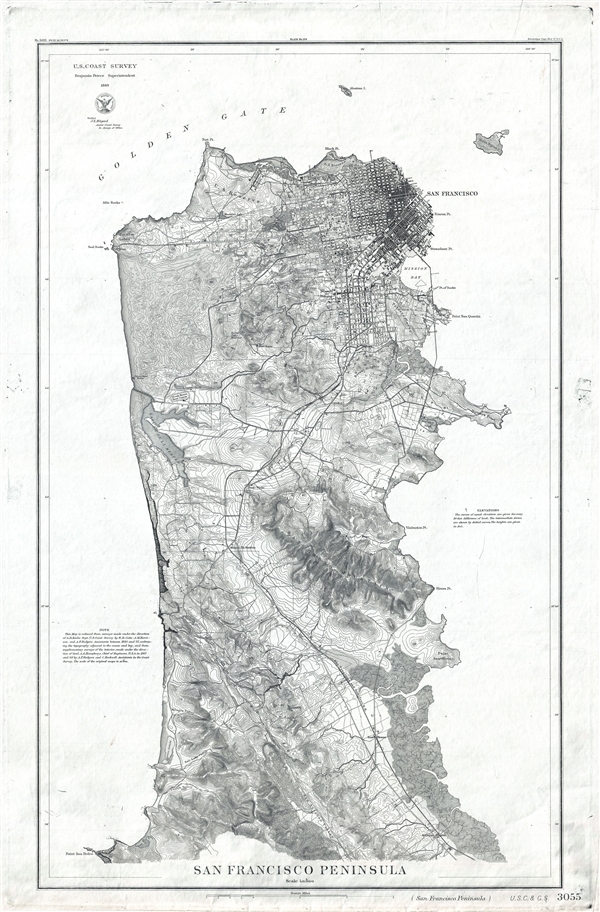 This map was first published in 1869 as plate #14 in the Report of the Superintendent of the United States Coast Survey, Showing the Progress of the Survey During the Year 1869.. All examples from the report are on thin tissue paper and exhibit considerable wear and toning on the original fold lines. The present examples is a restrike form the original plate pressed under the auspice U.S. Coast and Geodetic Survey, an organization that came into existence in 1879. It is on heavy stock and bears the U.S.C & G. S. imprint and code, 3055, in the lower right corner, just outside the original margin. Although the date of this printing is not specified, it is most likely between 1880 and 1890.