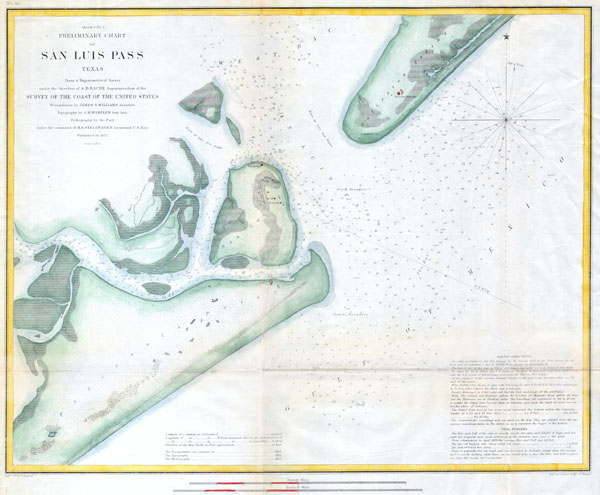 A rare hand colored 1853 costal chart of San Luis Pass or the entrance to Galveston harbor, Texas. Features Peninsula Point, Follet's Ferry, San Luis Island, Mud Island and Galveston Island. There is a otel indicated on San Luis Island. Includes detailed sailing instructions, depth soundings, and impressive inland detail of the city of Galveston and vicinity. Triangulations were accomplished by J. M Wampler and J.S. Williams, under the direction of H.S. Stellwagen. Published under the supervision of A. D. Bache for the 1853 Report of the Superintendant of the U.S. Coast Survey.

Phillips, Philip Lee, A List of Maps in the Library of Congress, p. 782.