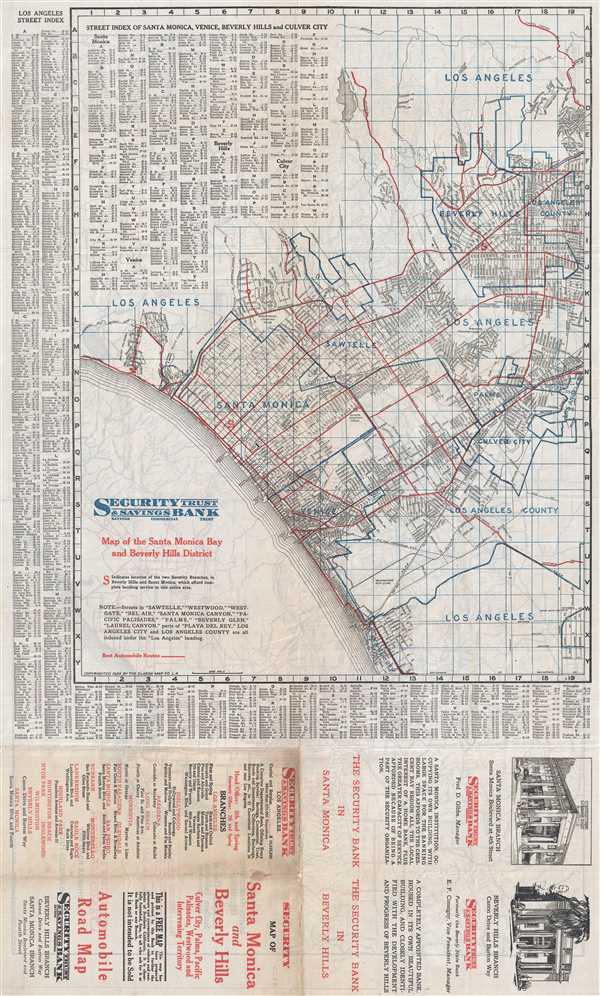 This is a 1924 Clason Map Company map of Santa Monica and Beverly Hills, California. The map depicts the region from Santa Monica Bay to Beverly Hills and Los Angeles County and from Los Angeles to Playa del Rey. Palms, Culver City, Sawtelle, and Venice are also labeled. Myriad streets are labeled throughout, with a street index of Santa Monica, Venice, Beverly Hills and Culver City situated in the upper left corner. The whole is framed bordered on both the left side and the bottom by a Los Angeles street index. Red lines overlaid on the map indicate the 'best automobile routes', while the thick blue lines appear to denote city and county borders. Advertising for the Security Trust and Savings Bank occupies the bottom quarter of the map, extolling the many convenient services that they provide.

This map was produced by the Clason Map Company in 1924 and printed for the Security Trust and Savings Bank of Santa Monica, California.

Very good. Verso repairs of fold separations. Road map of the Greater Los Angeles region on verso
Looking for a high-resolution scan of this?