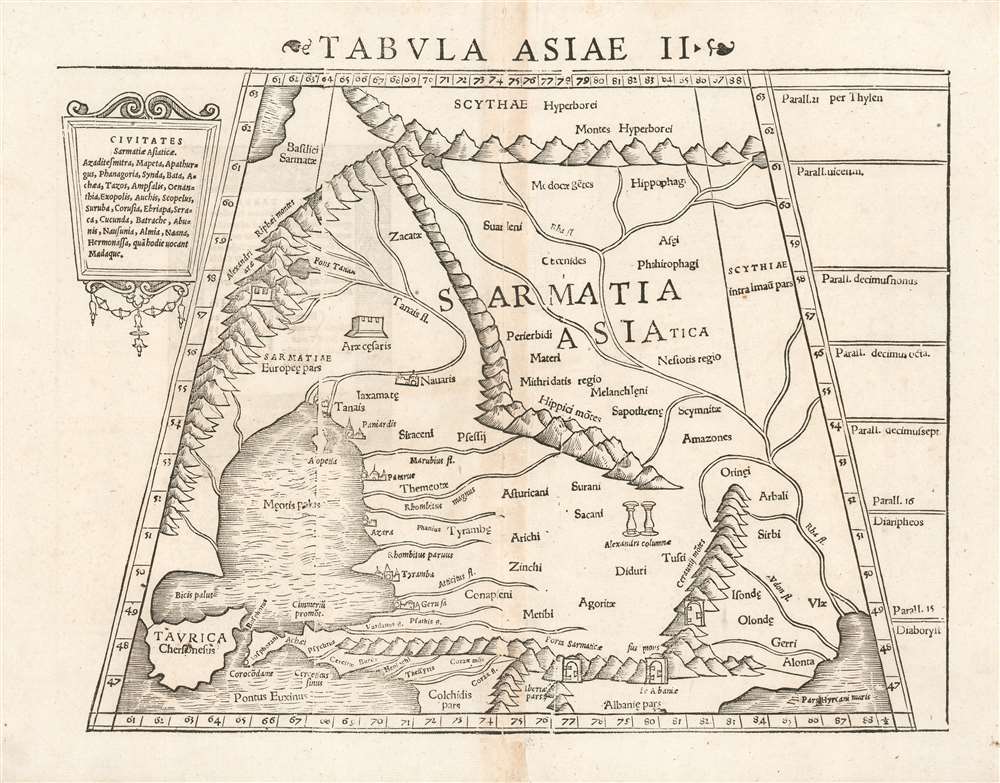 Russia and the Ukraine as known in the Classical Era

This 1552 example of the second Asian map from Sebastian Munster's Ptolemy shows the lands in Asia occupied in the 1st and 2nd centuries CE by the Sarmatians, a large Iranian confederation who during the classical era were based in the steppes north of the Black Sea and the Caspian Sea. The region includes today's South-Eastern Ukraine, Southern Russia, and the Caucasus. Visible on the map are the northern parts of the Black Sea and the Caspian Sea, as well as the Maeotian sea - now known as the Sea of Azov. The Volga River dominates the map, albeit with its Ptolomaic toponym 'Rha.' The map includes historical references to the campaigns of Alexander the Great against the Scythians, noting the presence of monuments left by that emperor both in European and Asian Sarmatia.

This map appeared in Sebastian Munster's modernized Ptolemy, which was printed in four editions in 1540, 1542, 1545 and 1552. The typography of this example identifies it as belonging to the 1552 edition. Several examples of the separate map appear in OCLC in various editions; the entire book is held by a number of institutions. This is a map that appears on the market from time to time.