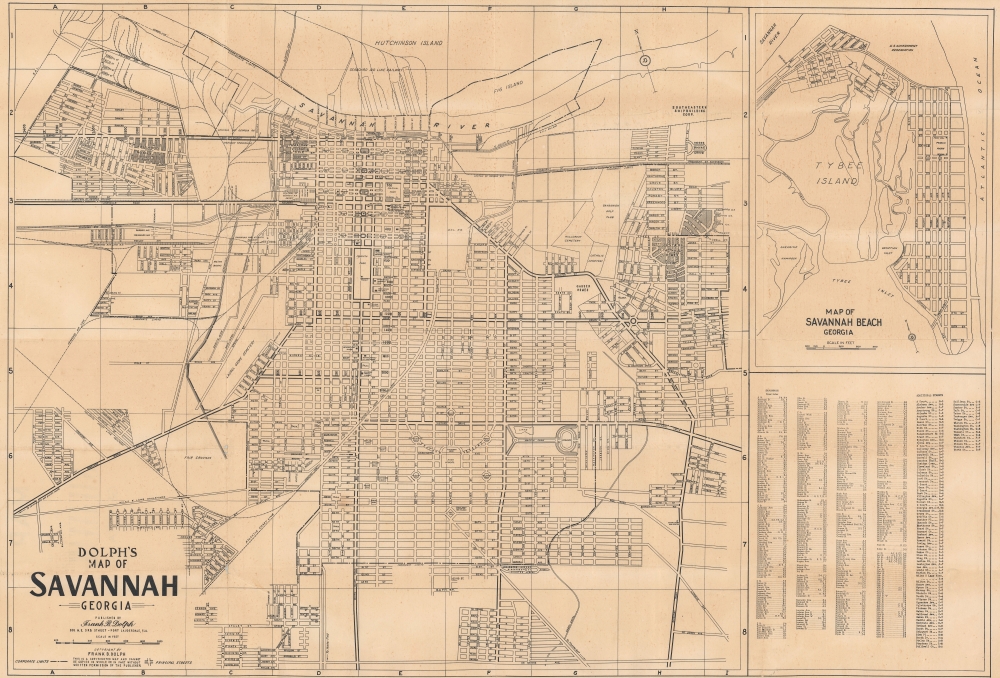 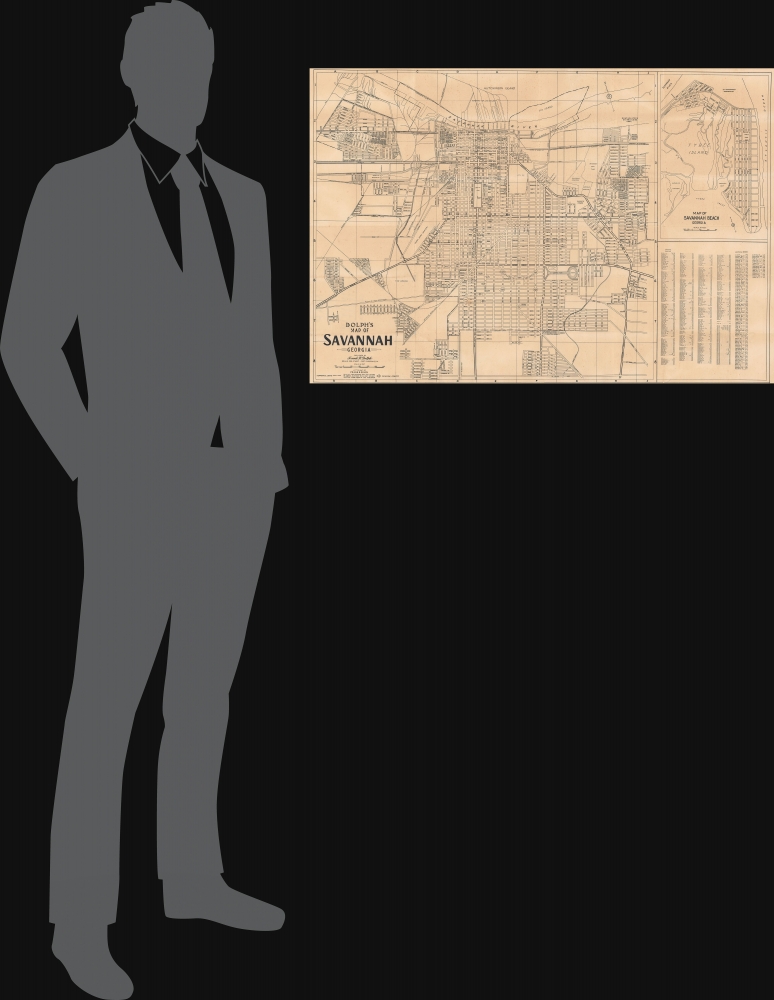 This is a c. 1945 Frank B. Dolph city map of Savannah, Georgia, depicting the city near the end of World War II.

The map captures aspects of life in Savannah, identifying hotels, schools, hospitals, squares, and parks. The Pape School for Girls is labeled near Forsyth Park. Other identified locations include the Y.M.C.A., the Savannah Public Library, and the Cotton Exchange. Illustrated railroads include the Atlantic Coast Line Railroad, the Seaboard Air Line, and the Central of Georgia Railway. Diagonal black lines differentiate three federal housing projects (Fellwood Homes and Yamacraw Village) from the rest of the city. Outside the city limits, in grid box H7, a 'negro church and cemetery' is noted along Skidaway Road. Unfortunately, we have been unable uncover any concrete details about this church or cemetery. A smaller map focusing on Savannah Beach, Georgia, including Tybee Island, occupies the upper right corner.

In the upper right, the Southeastern Shipbuilding Corporation is identified. The SSSC was founded in 1942 when it was awarded a contract by the Maritime Commission to build Liberty ships. It employed 46,000 people. By the end of the war, when the shipyard was closed, 88 Liberty ships and 18 Type C1 ships had been built. Josiah Tattnall Homes (just below the shipyard on this map and shaded with black diagonal lines), was built as a defense housing initiative along with Moses Rogers Grove, which appears in between the shipyard and Josiah Tattnall Homes. Josiah Tattnall consisted of 750 single-story units of three to six rooms, while 150 two-story multi-family blocks containing six units apiece were built at Moses Rogers Grove. These units opened in January 1943. Both these housing developments were meant to be impermanent but outlasted the war and became low-rent apartment complexes. Josiah Tattnall Homes survived until it was demolished between 2010 and 2013.

This map was created and published by Frank B. Dolph c. 1945. OCLC locates three examples: Syracuse University, the University of Georgia, and the Georgia Historical Society.