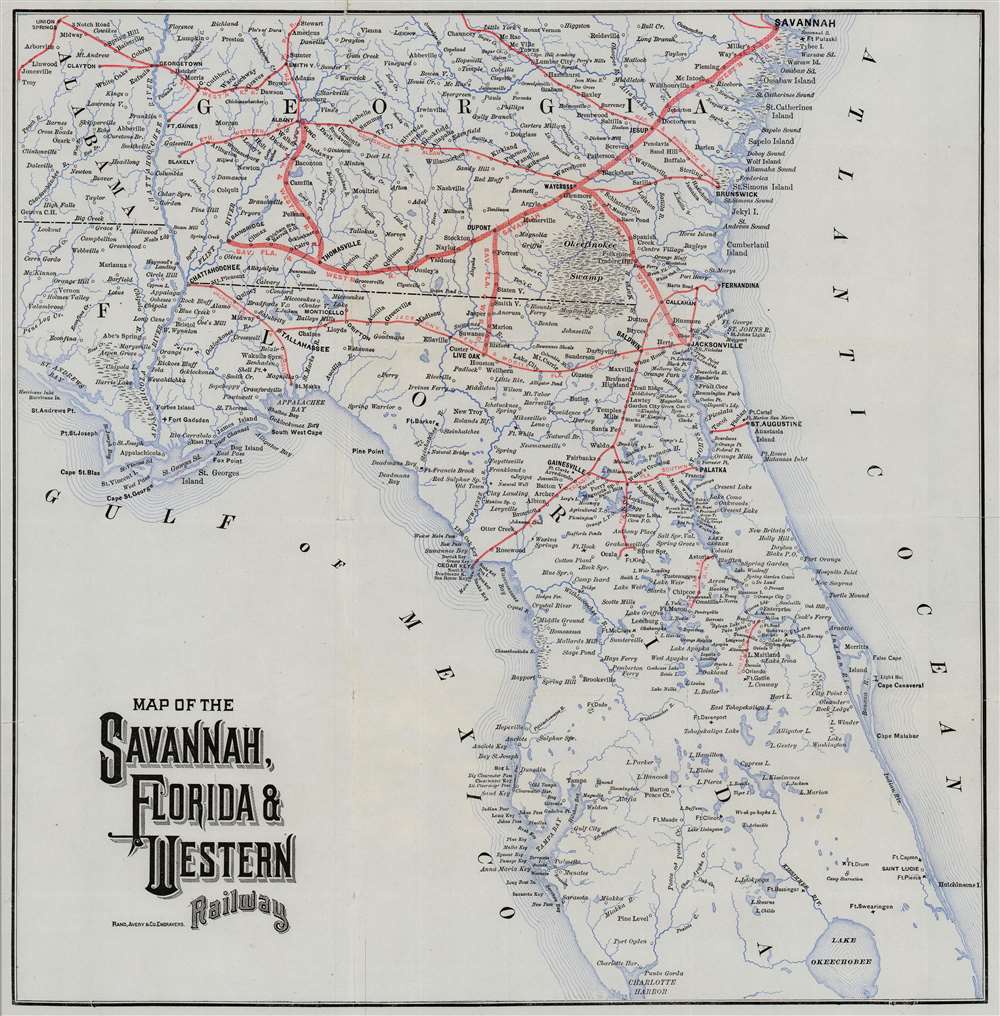 A rare railroad map of Florida and the beginning of the Plant System of railroads.

This is an 1882 Rand Avery railroad map of Florida and Georgia. Depicting the region from Savannah to Lake Okeechobee and from St. Andrews Bay to the Atlantic Ocean, thick red lines highlight the Savannah, Florida, and Western Railway. Thinner red lines trace the routes of connecting railways, including the Brunswick and Albany Railroad; the Jacksonville, Pensacola, and Mobile Florida Central Railroad; and the Florida Transit Railroad. Two short railroads are illustrated and labeled in central Florida, one of which is identified at the Southern Florida Railroad.

The Savannah, Florida, and Western Railroad, Henry Plant, and the Plant System

The Savannah, Florida, and Western Railroad came into existence on December 9, 1879, after Henry Plant bought the bankrupt Atlantic and Gulf Railroad and reorganized it under a new name. The Savannah, Florida, and Western was the first of many railroads acquired by Plant, who, by 1882, had established the Plant Investment Company to expand his rail network. The entire Plant System was acquired by the Atlantic Coast Line Railroad in 1902.

This map was created by the Rand Avery Company for publication by the Savannah, Florida, and Western Railway in 1882. One example is cataloged in OCLC and is part of the collection at the University of South Florida.