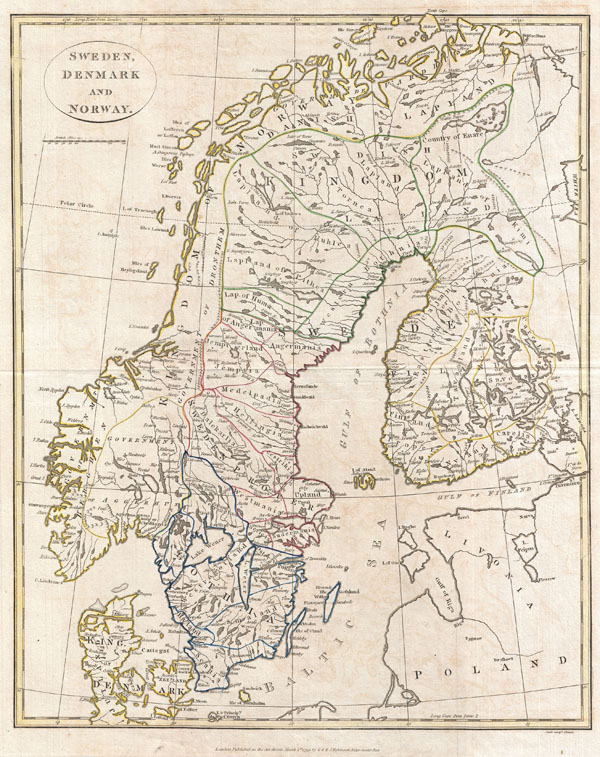 A fine 1799 map of Sweden, Denmark and Norway by the English map publisher Clement Cruttwell. Map includes the Kingdom of Norway, Denmark, Sweden, and Finland. Includes the 25 provinces of Sweden, which have no administrative function, but remain historical legacies and the means of cultural identification. Features the Lapland region as a whole, including its provinces in Finland and Sweden. Shows the adjacent countries of Poland and Livonia, as well as the Baltic Sea, Gulf of Bothnia, and Gulf of Finland. Includes rivers, political boundaries, important cities, and ports. Mountains and other topographical features shown by profile. Outline color and fine copper plate engraving in the minimalist English style prevalent in the late 18th and early 19th centuries. Drawn by Clement Cruttwell and published in the 1799 Atlas to Cruttwell's Gazetteer.