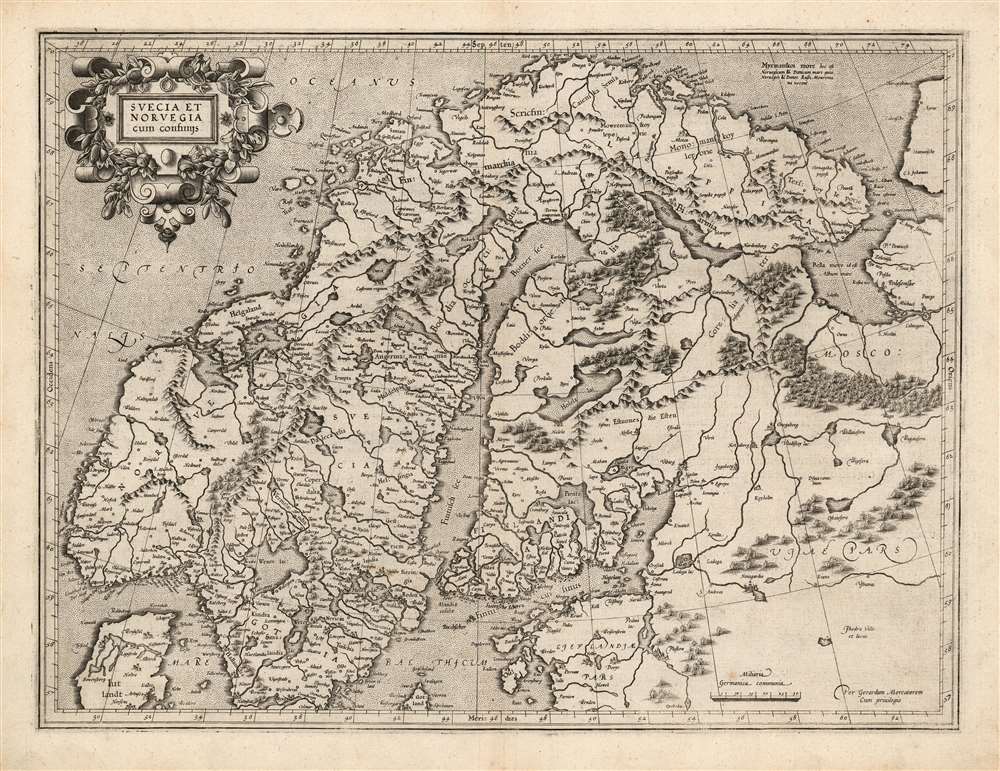 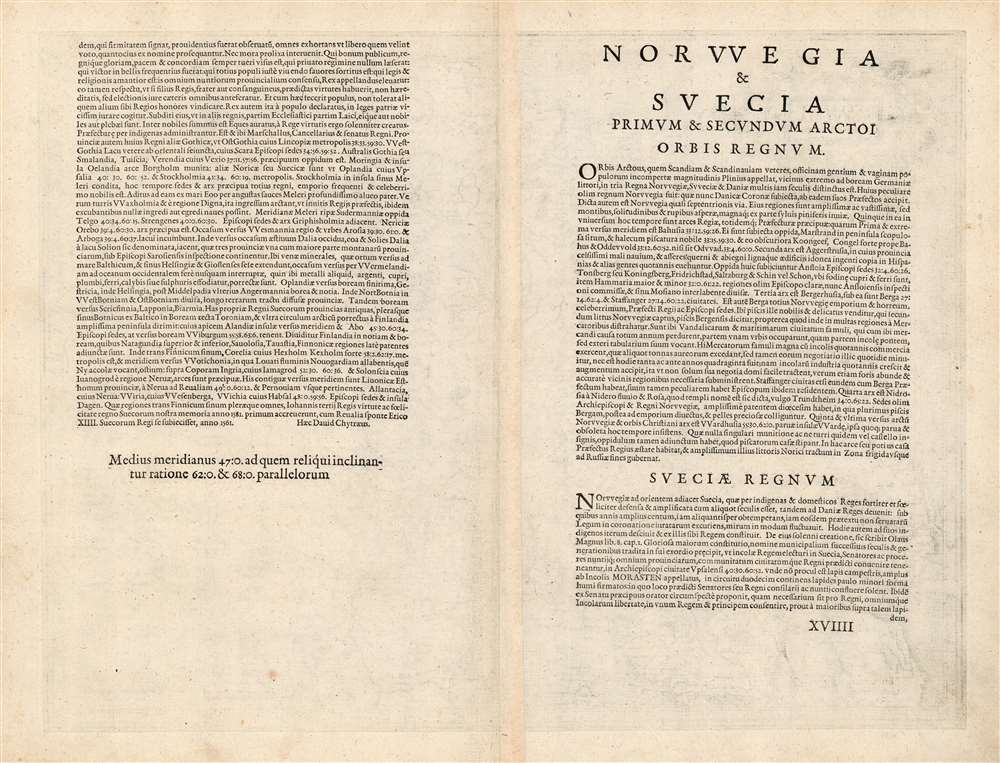 First edition of the most accurate map of Scandinavia of its day.

This is a superb example of the 1595 first atlas edition of Gerard Mercator's map of Scandinavia. Among the maps of the north parts of Europe produced in the sixteenth century, this is the first to focus narrowly on Scandinavia. Ginsberg, typically laconic in praise, notes that the map 'gave the Scandinavian peninsula its correct form' and 'became the model for nearly all subsequent maps of Scandinavia.' This basic model would stand until supplanted in the mid-seventeenth century by the work of Anders Bure.

Mercator's map it is closely constrained to Norway, Sweden, Finland, and Lappia (Kola Peninsula). Thus, the map does also illustrate northwestern Russia, Estonia, and the northern part of Denmark. It is significantly richer in detail than the mapping of this region appearing on Mercator's 1569 world map, so while the two may share sources one is not copied from the other. Mercator additional drew on the work of Olaus Magnus.

This map was engraved by Gerard Mercator some time after 1585, but was not published until 1595 by his heirs in the posthumous Atlas sive Cosmographicae. It was included in editions of the Mercator / Hondius atlas until 1633. The typography of the verso text conforms to examples of the 1595 first edition of the atlas. The separate map is well represented in institutional collections, but first edition examples are scarce on the market.

Mercator, G., Atlas sive Cosmographicae, (Amsterdam: Mercator) 1595.     Mercator's Atlas is one of the most important works in the history of cartography. Although in fact Ortelius was the first to publish a proper atlas, the Teatrum Orbis Terrarum, Mercator's Atlas the first book to employ the term Atlas for a collection of maps. The term is derived both from the mythical titan, Atlas, who was forced to bear the world upon his shoulders, and the Libyan king, philosopher, and astronomer of the same name that, so the legend goes, constructed the first globe. Mercator dedicated the final 25 years of his life to compile the Atlas. He published two parts during his lifetime in 1585 and 1589, but the final part published posthumously by his son Rumold Mercator, in 1595. The map plates for the Atlas were later acquired by Jodocus Hondius who published the most complete and well known edition in 1606. It was Jodocus who popularized the Atlas and who did the most to elevate Gerard Mercator's work.

Excellent. Light soiling and scuffing in margins. Else fine with generous margins and a bold, sharp strike.