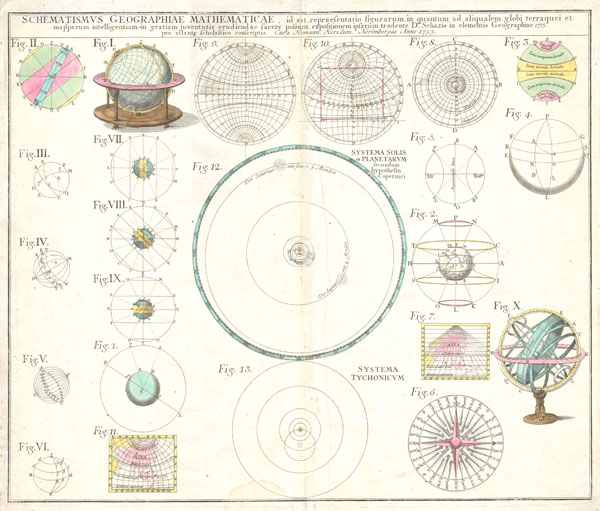 This is a rare 1753 Homan Heirs chart of the Solar System. Features 23 diagrams including spheres, earth and celestial globes, planetary systems, temperature zones, and projection systems following the style of Schatz. There is a general emphasis on the astronomical work of Copernicus and Tycho Brahe. This map was drawn by Tob. Mayer for inclusion the 1752 Homann Heirs Maior Atlas Scholasticus ex Triginta Sex Generalibus et Specialibus…. Most early Homann atlases were 'made to order' or compiled of individual maps at the request of the buyer. However, this rare atlas, composed of 37 maps and charts, was issued as a 'suggested collection' of essential Homann Heirs maps. A fine copy of an important map.