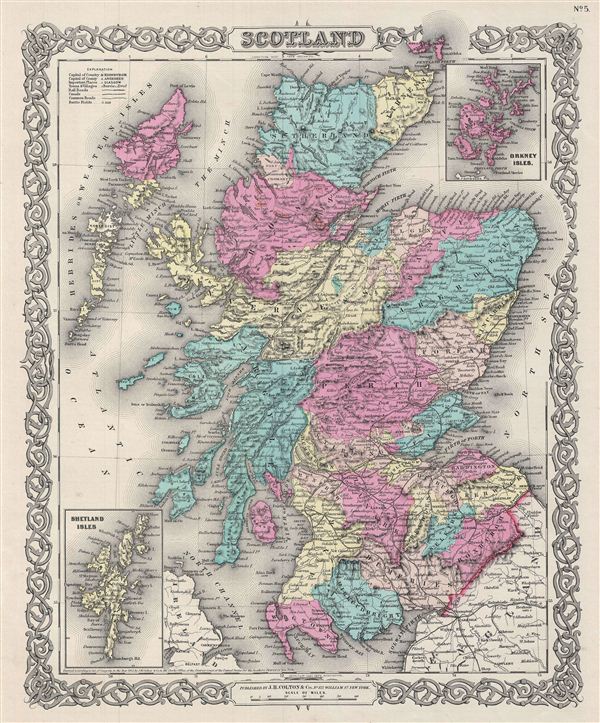 An excellent 1855 first edition example of Colton's map of Scotland. Like most of Colton's europe maps, this map was derived from an earlier wall map of the World produced by Colton and D. Griffing Johnson. The map covers Scotland in full from the Orkney Islands to Wigton in the South inclusive of the Hebrides. An inset map in the upper right quadrant details the Orkney Isles and another inset in the lower left quadrant details the Shetland Isles. Colton's map also details adjacent parts of england. As this map was being drawn Scotland was in the midst of the Industrial Revolution and emerging as the center of engineering and shipbuilding in the British Isles. This map also identifies various cities, towns, forts, rivers, rapids, mountain passes, fords, and an assortment of additional topographical details. Colton's map is hand colored in pink, green, yellow and blue pastels to define national and regional boundaries. Surrounded by Colton's typical spiral motif border. Dated and copyrighted to J. H. Colton, 1855. Published from Colton's 172 William Street Office in New York City. Issued as page no. 5 in volume 2 of Colton's 1856 Atlas of the World.