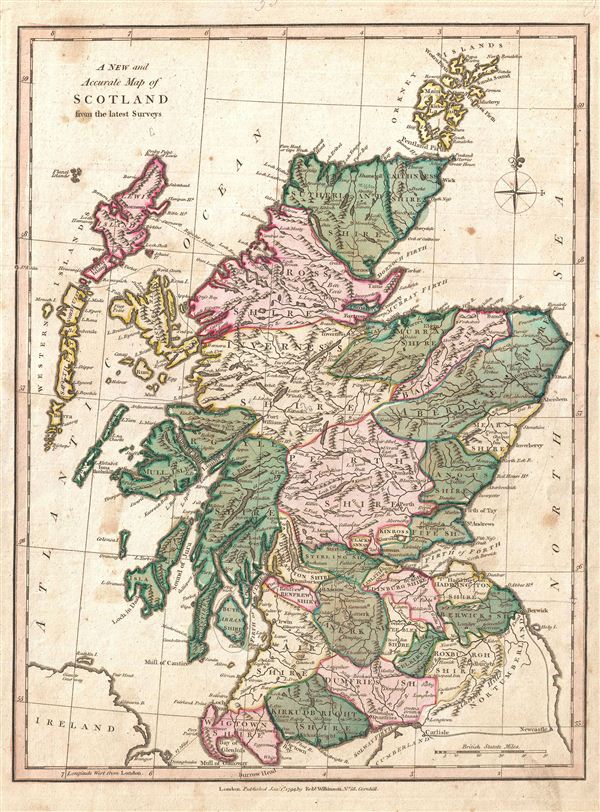 A finely detailed first edition 1794 map of Scotland by Robert Wilkinson. Wilkinson's map covers Scotland in full from the Cheviot Hills to the Orkney Island and from the Outer Hebrides (Western Islands) to Aberdeenshire. Color coding divides the region into various shires with roads, lochs, cities, and rivers noted. engraved by Thomas Condar for the 1794 first edition of Robert Wilkinson's General Atlas.