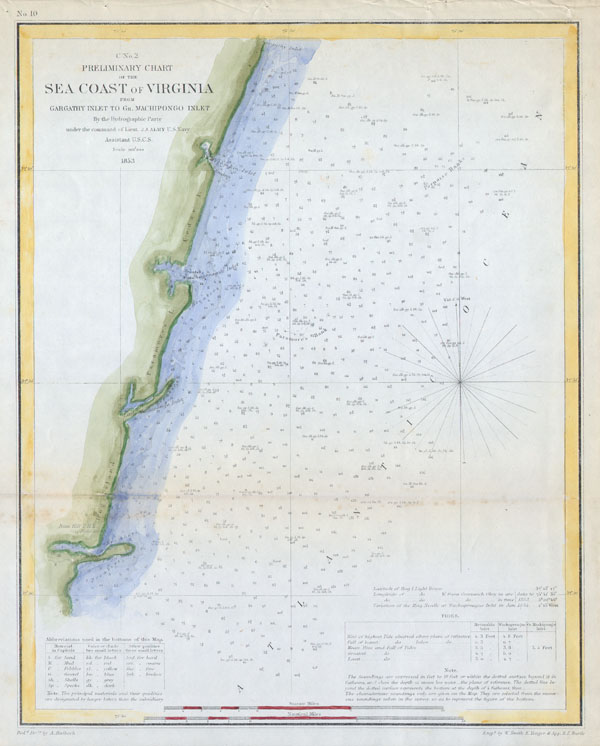 Offered is a U.S. Coast Survey map or chart of the Virginia coastline from Gartathy Inlet to Gr. Machipongo Inlet. Includes several of Virginia's barrier islands, specifically, Hog Island, Paramore's Island, and Cedar Island. Numerous nautical notes and depth soundings dominate the right-hand side of the map. This map was created under the direction of A. D. Bache, Superintendent of the Survey of the Coast of the United States and one of the most influential American cartographers of the 19th century.