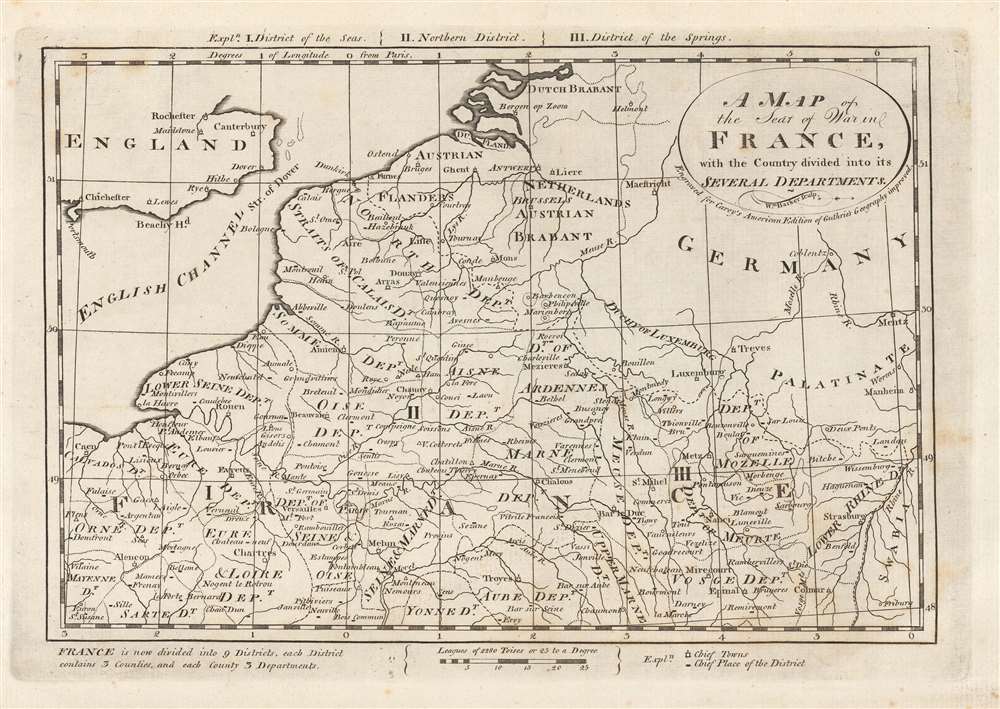 Published during the French Revolutionary Wars.
$200.00

This is a 1796 Mathew Carey map of northeastern France, Belgium, Luxembourg, and Germany. Created during the French Revolutionary Wars (1792 - 1802), specifically the War of the First Coalition (1792 - 1797), fantastic detail is present in France. Cities and towns throughout northern France are identified, including Paris, Rouen, Le Havre, Lille, Calais, and Strasbourg. France is also divided into departments, created only six years before this map was created by the National Constituent Assembly. Very little detail is present outside France. Major cities are marked in England, Germany, and modern-day Belgium and the Netherlands.

This map was engraved by William Barker for Carey's American Edition of Guthrie's Geography improved (the first general atlas published in the United States) in 1796. We note an example in the David Rumsey Map Collection. We also note an example of the 1796 edition cataloged in OCLC, part of the collection at the Newberry Library. Other examples cataloged in OCLC may come from the 1796 edition, but the cataloging is unclear.