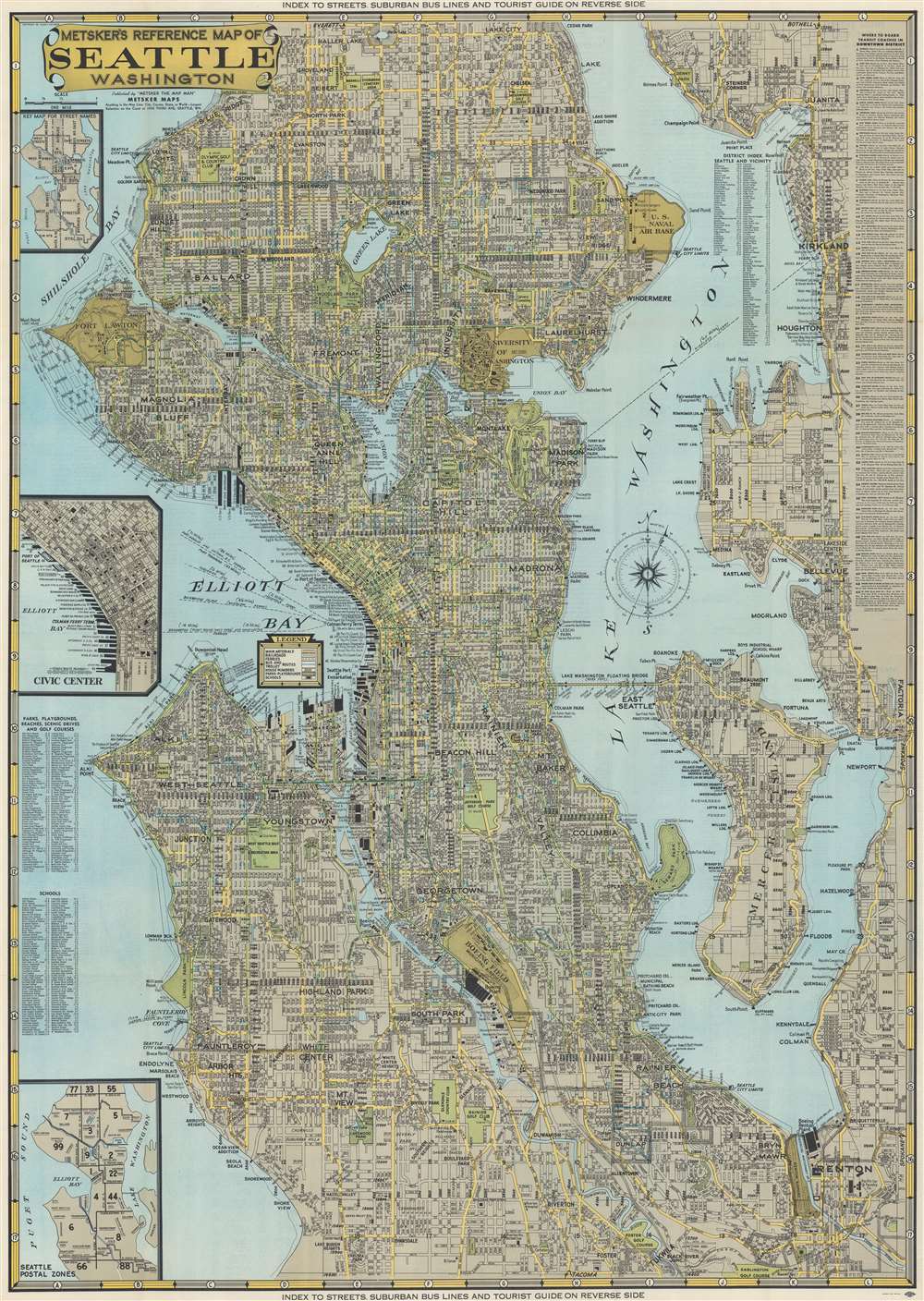 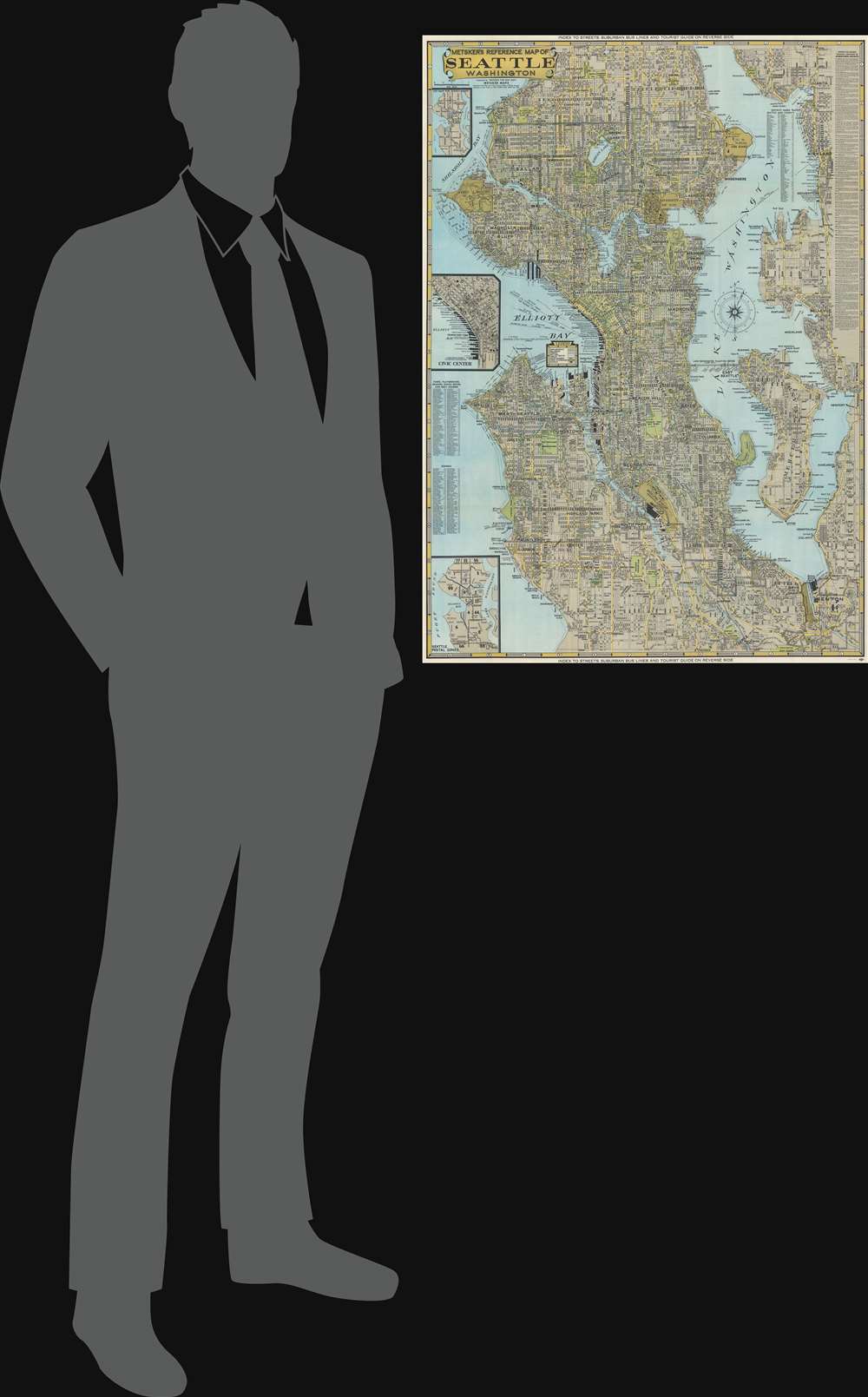 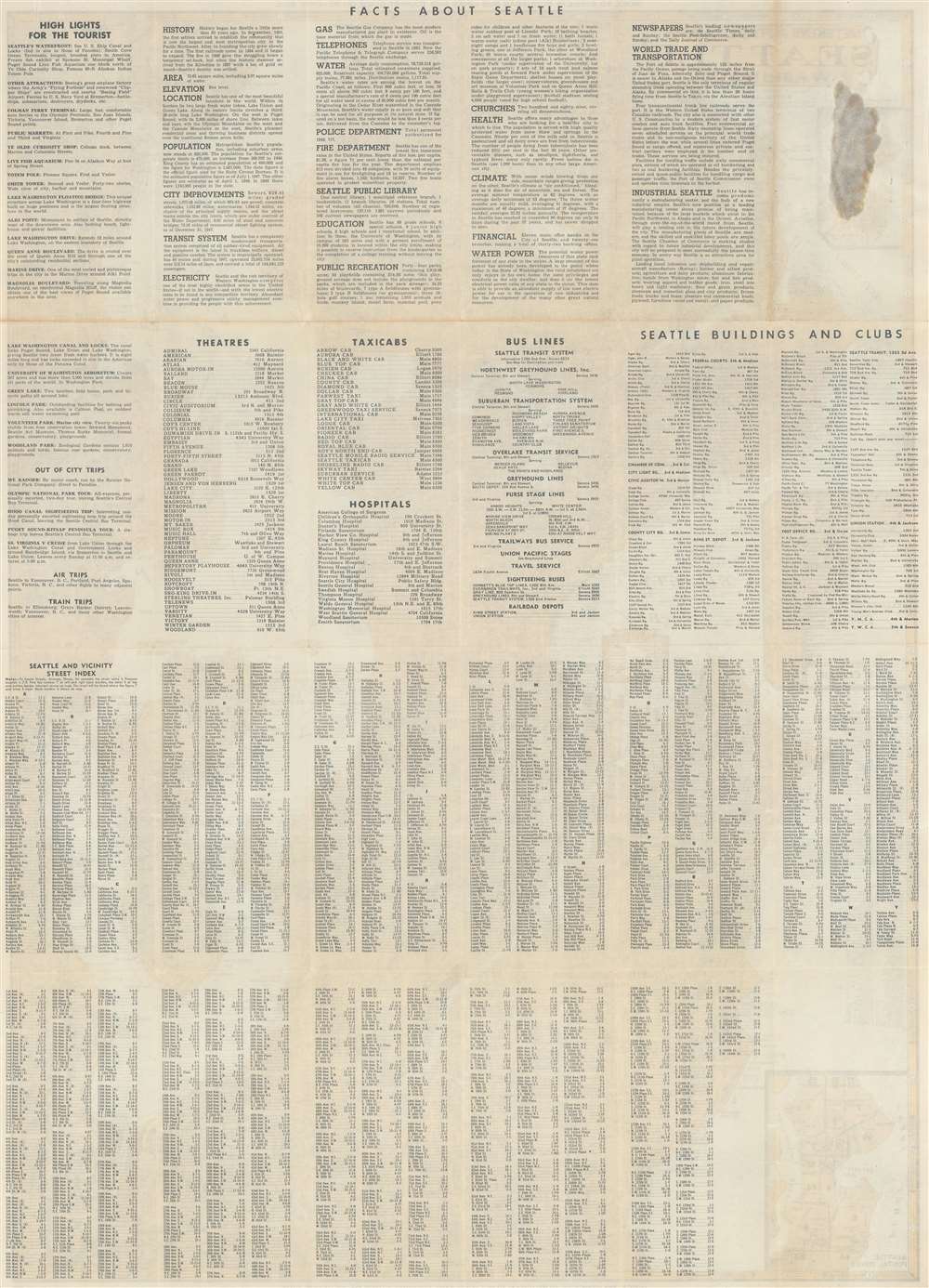 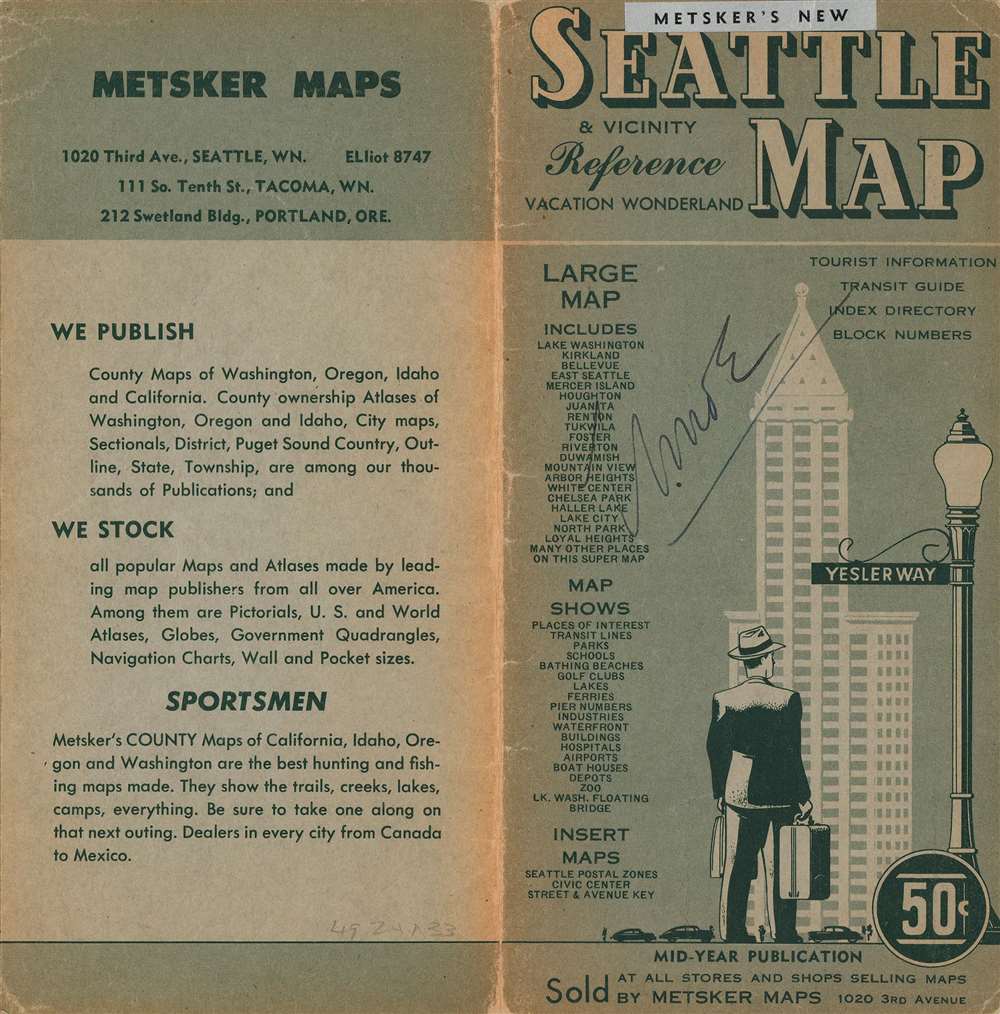 This is a 1949 Charles Metsker city plan or map of Seattle, Washington. Coverage extends from Haller Lake south to Foster and from the West Point Lighthouse and Shilshole Bay to the eastern shore of Lake Washington. Districts are identified throughout, and an alphabetic index is included in Lake Washington. Piers in Elliott Bay are identified by the operating company and numerous boathouses are marked. Parks and golf courses are illustrated as green spaces. The Lake Washington Floating Bridge (today known as the Lacey V. Murrow Memorial Bridge and Homer M. Hadley Memorial Bridge) is depicted, and pontoons, anchor cables, and ship channels along the bridge are marked. The University of Washington, the U.S. Naval Air Base, and Fort Lawton are illustrated.

Intriguingly, near Fort Lawton and the West Point Light House, streets are drawn in Ellicott Bay and Shilshole Bay. This suggests that land reclamation projects had been proposed and were sufficiently far along in the process for Metsker to want to include these projects on this map of Seattle - he wanted his map to be useful years after it was issued. Today, none of these are part of modern-day Seattle and we have been unable to unearth history about when they were proposed or why they were not undertaken.

This map was created and published by Charles Metsker and Metsker Maps in 1949. We note later examples of this map in OCLC, but this is the only cataloged example of the 1949 edition.

Charles Frederick Metsker (December 5, 1881 - October 6, 1966) was an American cartographer and publisher. Born in Douglas County, Kansas, Metsker's family moved to Winlock, Washington, in 1900. Metsker began publishing maps in 1901 in Tacoma, Washington. By the 1920s he was advertising as 'Metsker the Map Man' in Washington and Oregon newspapers. He opened a brick and mortar store in 1950 in Seattle and sold Township maps and atlases and County maps. He married Minnie B. Clevenger (1888 - 19xx) on May 11, 1905, with whom he had two children. They divorced sometime between 1910 and 1920. He married Elizabeth F. Metsker (1899 - 1982) on November 6, 1922, with whom he had a daughter. He retired in 1948 when he turned the business over to his son. He died in McMinnville, Oregon, at the age of 84. Metsker Maps joined forces with the Kroll Map Company, another Seattle-based mapmaker, in 1980. Metsker Maps continues to operate in Seattle to this day, where they can be visited at the Pike Place Market in the Sanitary Market Building. Learn More...