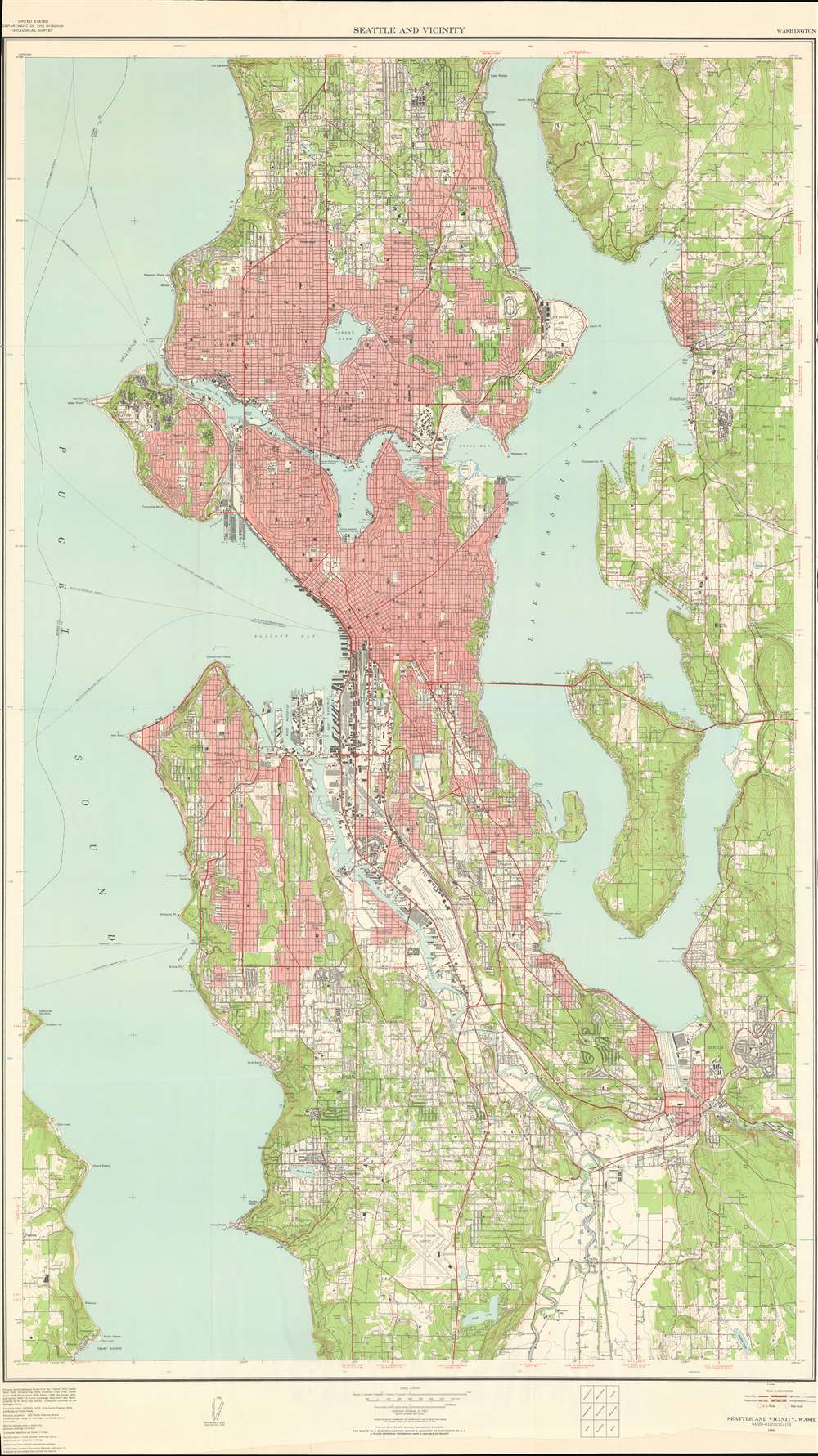 An extremely large format 1957 U.S. Geological Survey map of Seattle, Washington and vicinity that renders the densest regional urban areas immediately apparent by shading with them a striking red. Per a note along the bottom border, 'red tint indicates area in which only landmark buildings are shown'. In addition, countless suburban buildings individually illustrated south of Seattle along the Olympic Peninsula. In this part of the metropolis, schools, golf clubs, and cemeteries are identified, along with Seattle-Tacoma Airport and Renton Airport. Kirkland, Houghton, and Renton are labeled along the shores of Lake Washington, and the Lake Washington Pontoon Bridge is labeled as well. The dark red lines highlight the region's major transportation arteries, its 4- and 6-lane highways. Contour lines illustrate topography and areas shaded green are parks or wooded areas.

This map was created and published by the U.S. Geological Survey in 1957. It is well represented institutionally.